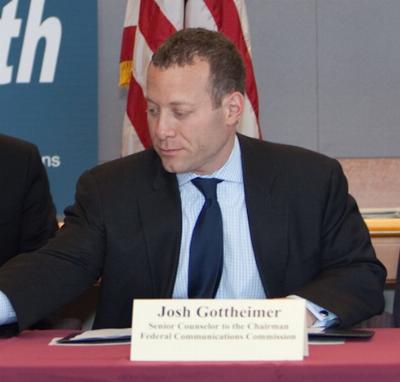 We are writing to urge you to prioritize reversing the UN Human Rights Councilâs (UNHRC)âs discriminatory and unwarranted treatment of Israel. In particular, we urge the U.S. to lead an effort to end the outrageous and unjust permanent Commission of Inquiry (COI) on the Israeli-Palestinian conflict, which was created by the UNHRC in May 2021.

We appreciate your commitment to put the Councilâs âdisproportionate focus on Israelâ at the top of the Biden Administrationâs agenda for reforming the Council when the U.S. announced it would rejoin the UNHRC and your statement to âcontinue to uphold our strong commitment to Israel and its security, including by opposing actions that seek to target Israel unfairly.â

Additionally, we appreciate the Administrationâs multiple clear statements of opposition to the COI, including its December 24 vote to entirely defund the COI. At that time, Ambassador Patrick Kennedy explained: âThe U.S. stands with Israel in rejecting the unprecedented openended mandate of this Commission of Inquiry, which perpetuates a practice of unfairly singling out Israel in the UN.â Kennedy added that â[t]he United States will continue to oppose this COI and look for opportunities in Geneva to revisit its mandate [and] to persuade more Member States that it is inherently biased and an obstacle to the cause of peace.â

In May of 2021, just days after the conflict between the terror group Hamas and Israel, the UNHRC approved an unprecedented open-ended investigation of Israelâs treatment of Palestinians, purported war crimes and human rights violations. In other words, this Commission will not only focus on the actions Israel took in Gaza as it sought to defend its citizens from unprovoked rocket attacks. It will also have a carte blanche mandate â in perpetuity â to investigate any allegations against Israel in the past or in the future whether in the West Bank or Gaza or in all of Jerusalem, and even within the recognized pre-1967 borders of the State of Israel.

COIâs mandate is designed to accelerate the political, economic, and legal challenges to Israel and undermine its legitimacy by pressuring international legal institutions to take action against Israeli leaders. Shockingly, the COI resolution makes no mention of the terror group Hamas â which initiated the conflict by launching missile attacks on Israel â and does not include any mention of Israelâs right to defend itself.

This COI is outrageous and ought to be cancelled. With the UN budget in crisis, stretched by the COVID pandemic which affects all humanity, it is irresponsible to spend precious resources on yet another unjustified UN investigation of Israel.

The UN already has at least six other bodies which unfairly target Israel, including the Division of Palestinian Rights, the Committee on the Exercise of the Inalienable Rights of the Palestinian People, the United Nations Information System on the Question of Palestine, the âSpecial Rapporteur on the situation of human rights in the Palestinian Territory occupied since 1967,â the âSpecial Committee to Investigate Israeli Practices Affecting the Human Rights of the Palestinian People and Other Arabs of the Occupied Territories,â and the âUnited Nations Register of Damage Caused by the Construction of the Wall in the Occupied Palestinian Territory.â The number of such bodies unfairly targeting Israel should be decreased to zero, not increased adding a COI.

Moreover, there is no rational justification for the 2021 I-P COI being âongoing,â while the UNHRC investigative bodies for Burundi, Libya, South Sudan, Syria, Venezuela, and Yemen must be renewed on an annual or biannual basis.

This reflects the UNHRCâs continued broader bias against Israel. Its Agenda Item VII â the only country-specific permanent item on the Councilâs agenda â enshrines its discrimination by requiring Israel be singled out at every meeting. Accordingly, of the thirty-two UNHRC mandated investigative probes, nine have been against Israel. There are no commissions of inquiry on the mass genocide of Uyghurs in Xinjiang or specific mandates toward Hamas, an internationally designated terrorist group. The UNHRC should be using its resources to fulfill its mission of promoting human rights around the world â not singling out a country that was attacked by more than 4,000 rockets aimed indiscriminately at civilian populations.

Additionally, the UN leadership selected to conduct this investigative mission have records of anti-Israel bias, severely diminishing the credibility of the Commission. Chairwoman Navi Pillay, while serving as UN High Commissioner for Human Rights from 2008 to 2014, repeatedly and unjustly accused Israel of committing war crimes. She declared that âthe Israeli government treats international law with perpetual disdain,â which is contrary to the fact that Israel maintains a robust legal system that respects and complies with international law. At the same time, Pillay reportedly said nothing at all about egregious human rights abuses in dozens of other countries which, unlike Israel, received the worst, âNot Freeâ rating from the respected Freedom House. Pillayâs prior record on Israel was so biased the Obama Administration reportedly blocked her from renewal as UN High Commissioner for Human Rights. Former House Foreign Affairs Committee Chairwoman Ileana Ros-Lehtinen (R-FL) and Chairman Elliot Engel (D-NY) also opposed the extension, noting that Pillay had ârepeatedly demonstrated bias against the State of Israel.â

Miloon Kothari issued an abhorrent statement on behalf of the UN that it was a humanitarian obligation of partner countries to âreconsider the continuation of military cooperation with Israel,â even while Israel has been the U.S.âs most important defense partner throughout the region and has saved numerous American lives.

Lastly, Chris Sidoti wrote an article in 2018 lauding a Palestinian commission for âcourageously denouncing violations by the occupying Israeli forces.â

We agree with that you stated that the UNHRC âsuffers from serious flaws, including disproportionate attention on Israel,â and that the U.S. âmust push back against attempts to subvert the ideals upon which the Human Rights Council was founded.â We urge you to do just that: use the United Statesâ good offices to lead the effort to eliminate the biased COI in the United States, and urge defunding of the Commission through the Appropriations process in Congress.

Please know that while Congress may be divided on the Administrationâs decision to rejoin the UNHRC, we stand united in urging you to act upon the Administrationâs commitment to defend Israel from discriminatory treatment at the Human Rights Council and throughout the UN system."
Date
January 25, 2022
Title
Bipartisan Letter from U.S. Representatives to Secretary of State Blinken regarding U.N. Human Rights Council “Commission of Inquiry” on Israel, Congressman Josh Gottheimer
Original Source
https://gottheimer.house.gov/uploadedfiles/gottheimer_un_coi_letter.pdf
Attachment
Click here to view this article in MS Word/PDF format