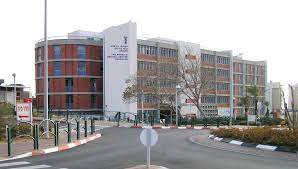 âWe are in a war zone,â says head of Israeli hospital targeted by rockets

Ashkelon has become a war zone, the director of the local Barzilai Medical Center Prof. Yaniv Sherer said on Thursday, just hours before a rocket fell on the hospital grounds, meters from the emergency room but did not cause significant damage.

âThis is actually a war zone,â Sherer said. âIf a terrorist organization shoots thousands of missiles against a civilian population and we have casualties, including a six-year-old who was hit alongside his family and died, I canât call it any other way.â

Ashkelon is only 13 km. north of the Gaza border. Since the beginning of the fighting â which according to the IDF has seen roughly 4,000 rockets fired at Israeli territory â Barzilai has treated 413 patients as a consequence of the attacks, including 58 children.

âThe situation is bad, but the staff and also the population of the city remain strong,â Sherer said. âWe are ready to do our job in this difficult situation for as long as is needed, and to provide care for patients.â

When the attacks began on May 10, the hospital immediately switched to emergency mode.

âWhen rockets were fired against Jerusalem and we understood that an escalation was about to start, we immediately prepared to take in casualties,â said Sherer. âWe moved all departments for hospitalization and treatment to secured areas that are protected from missile fire.â

While Barzilai normally houses 600 beds, only half of them are available during such emergencies.

âIn order to accomplish that, we had to cancel many ambulatory services and planned surgeries, and transfer everything in our emergency structure underground,â Sherer said.

Additional physicians, nurses and other workers were asked to be at work to care for arriving patients.

Most of Barzilaiâs staff live in Ashkelon or the general area, Sherer noted, but while the hospital is a very safe environment, leaving families and children at home is not easy for them.

âJust in Ashkelon, the sirens have gone off about 100 times in 10 days,â the doctor said.

During the pandemic, the hospital used its underground space to house some of the corona wards. Sherer warned in September that if an escalation with Gaza were to occur during corona, the hospital would be in trouble.

âWhen the violence started 10 days ago, we did have some coronavirus patients but they were immediately evacuated to other hospitals around the country, as they cannot be in shelters with other peopleâ he said. âIf we had dozens of corona patients it would have been much more complicated.â

Sherer said Israeli authorities should take this issue into consideration for the future. âWe do hope that this will be the last campaign, but we know that this will not be the case,â he said. âMaybe we will have some quiet for a few months or years, but as long as there is a terrorist organization willing to target civilians, the problem remains.â