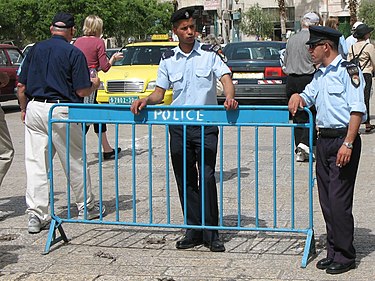 Palestinian Authority security forces have arrested a Palestinian singer for performing in the Samaria settlement of Ariel.

The singer, a resident of the West Bank village of Kafr ad-Dik, will be tried on charges of promoting normalization with Israel, people familiar with the matter told The Jerusalem Post.

The singer was recently invited to perform at a party held by an Israeli factory for its Palestinian workers at the Ariel Industrial Park, the Palestinian sources said.

âContrary to the claims of the Palestinian Authority, settlers did not attend the party,â one of the sources said. âThe party was organized by the factory owners for the Palestinian workers.â

Abdullah Kmeil, the PA governor of the Salfit district in the central West Bank, accused the singer of performing in front of âsettlers and prostitutes.â

The singer has been arrested and referred to the Palestinian judiciary, he said.

âUnfortunately, while we work day and night to preserve our lands from confiscation by settlers, and while thousands of martyrs and more than a million wounded were sacrificed for our land, in addition to more than a million prisoners â and while we stand with full force against normalization by any party â we were surprised when one of the popular artists performed in a high-profile concert for the settlers and in front of prostitutes in Ariel,â Kmeil said in a statement. âThe singer was arrested and referred to the prosecution, with videos as evidence, [for] the legal requirements.â

He said he was âshockedâ when some Palestinians appealed to the PA security forces to release the singer.

âWe strongly warn against repeating such acts that offend our people and their just cause, and we will not have mercy on anyone who deals in any way that implies normalization with the murderous settlers,â Kmeil said.