U.N. Inaction on United Kingdom of Great Britain and Northern Ireland
All Actions of the UN Human Rights System Critical of Specific States, 2014 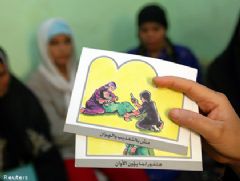 Nearly 140,000 women in Britain are believed to be living with the consequences of Female Genital Mutilation (FGM), a practice that involves cutting, or in some cases total removal of, a woman's genitalia.

According to a report by City University London and Equality Now, up to 137,000 women in England and Wales could be living with the after-effects of the practice, despite it being illegal in Britain. Of those, about 10,000 are under 15 years of age and 50,000 are over 50.

Although most are believed to have emigrated to Britain from countries where the practice is more widespread, around 20,000 young girls are still thought to be at risk of having FGM performed on them within the UK.

The figure in the report is slightly lower than the number estimated by the Home Affairs Select Committee earlier this month, who said up to 170,000 women in Britain could have suffered FGM, although it is still very high for a country which has outlawed the practice.

Breitbart London also reported in May that Swedish health authorities found 60 cases of FGM among schoolgirls since March, with evidence of mutilation found in all 30 girls in one class.

The practice is particularly popular among Muslim communities of Sub-Saharan African extraction, with young girls most at risk during the summer when they visit their ancestral countries.

The report comes as British Prime Minister David Cameron attended a conference today on FGM and forced marriage. Mr Cameron said: "All girls have the right to live free from violence and coercion, without being forced into marriage or the lifelong physical and psychological effects of female genital mutilation.

"Abhorrent practices like these, no matter how deeply rooted in societies, violate the rights of girls and women across the world, including here in the UK."