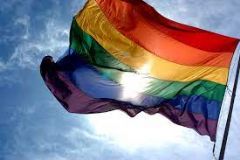 Among most dangerous places for gays: West Bank, Gaza, Iran, UAE and Yemen

The travel blog Asher and Lyric published an updated 2021 list in March of the most dangerous countries for LGBTQ travelers, including countries and disputed territory within the Middle East.

"After 250+ hours of research, we've reviewed all countries' individual laws and gathered data from a variety of trusted international sources to create the definitive 'LGBTQ+ Travel Safety Index' that will help you find the safest (and least safe) countries for your next trip abroad," wrote the journalists Lyric and Asher Fergusson, who oversee the travel safety blog.

The world's most dangerous country for the LGBTQ community is Nigeria while the safest country is Canada, according to the study.

Israel does not criminalize same-sex relations in contrast to nearly all countries in the Middle East and North Africa regions.

Qatar's Islamic regime, which imposes the death penalty on gays, is slated to host the FIFA World Cup football competition in 2022. Saudi Arabia and the Islamic Republic of Iran also execute gays and lesbians.

According to a 2008 British WikiLeaks cable, Iran executed between 4,000-6,000 gays and lesbians since its 1979 Islamic revolution. The Jerusalem Post reported in 2019 that Iran's regime publicly hanged a man based on a violation of its anti-gay law.

The Post's disclosure of the 2019 execution in Iran played a role in the US government's launching of a campaign to decriminalize homosexuality across the world. Richard Grenell, the former US director for national intelligence and ambassador to Germany at the time, jumpstarted the international campaign to stop state-sponsored executions of gays.

Lyric and Asher explained the study's methodology: "We looked at the top 150 most-visited countries in the world (by the number of incoming tourists) and then carefully examined LGBTQ+ rights for each country. We created our LGBTQ+ travel safety index based on a total of nine ranking factors. In this year's update, we also added transgender legal identity laws which weren't included in our original 2019 study."