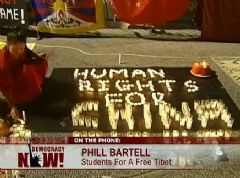 Google's recent travails have drawn much-needed attention to the threat of Chinese cyber attacks on corporations. But there's another war being fought against a less publicized target: China's online human-rights activists.

Only two days after Hillary Clinton's January 21 speech supporting Internet freedom, five Chinese human-rights groups' Web sites, most of which have foreign-based servers, were paralyzed for up to 16 hours by denial-of-service attacks.

It's impossible to pinpoint exactly where the attacks on the weekend of January 23 to 24 originated, but the groups' sites have been attacked before, usually at sensitive times such as the 20-year anniversary of the Tiananmen Square massacre last June and China's 60th anniversary in October. For about the last three years, human-rights sites have not been able to operate from within China's censored borders.

Whether China's "cyber militias" are merely teenage hackers or are state-supported is uncertain. What's for sure is that these are not randomly targeted Web sites. They include the Independent Chinese PEN Center and China Human Rights Defenders, which have been calling publicly for the release of Liu Xiaobo, the ICPC's former president and the co-author of the democratic manifesto called Charter '08. Similarly, the London-based International Tibet Support Network's Web site has been down three times in the last two weeks.

China-based hackers have also targeted the State Department, the Naval War College, NASA and the World Bank in recent years. The so-called "Titan Rain" and "Ghostnet" cyber-espionage campaigns starting in 2003 involved hackers systematically infiltrating thousands of computer systems in hundreds of countries. While there's no smoking gun, the Chinese military has heavily invested in equipping its cyber units, and there is a consensus in the U.S. defense community that the Chinese government at the very least tacitly supports thousands of hackers and cyberspace academics. Tibetan activist groups in particular have gotten used to cyber intrusions, which surged after unrest erupted in western China last March.

The hacking of the human-rights groups' sites may not seem as threatening as, say, an attack on critical infrastructure. But the intent is just as dangerous: to intimidate and silence those who try to speak up for the Chinese people. Even more reason for the U.S. and other free nations to bolster their defenses.