U.N. Inaction on Yemen
All Actions of the UN Human Rights System Critical of Specific States, 2006 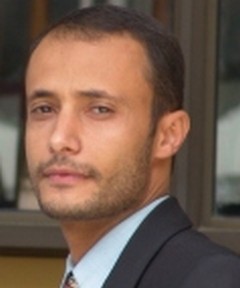 "On Wednesday, a court fined Mohammed al-Asaadi, the editor-in-chief of the Yemen Observer, a bi-weekly English newspaper, 5 million riyals (US $2,500) for republishing the Danish cartoons of the Prophet Muhammad. This was despite protests by Yemeni journalists who said charges against three Yemeni newspapers that reprinted the controversial cartoons should be dropped. The Committee to Protect Journalists (CPJ) condemned the verdict. "We're relieved that today's court decision spared our colleague from prison, but we reject the notion that he somehow committed a crime, and we remain concerned about the repercussions of this prosecution on his safety," Joel Simon, CPJ Executive Director, said. Meanwhile, on 30 November, Amnesty International condemned the death sentence passed on Ibrahim Sharaf al-Din by the Specialised Criminal Court. "He was tried in proceedings that fell short of international standards for fair trials," said the London-based organisation. According to Amnesty, Sharaf al-Din was among 37 members of the Shi'a Zaidi community charged in connection with an alleged "plot to kill the President [Ali Abdullah Saleh] and senior army and political officers". Scores of students staged a sit-in on Tuesday at Sana'a University protesting against the detention on Monday of their colleague Jamil Shaaf who they said was being held incommunicado."