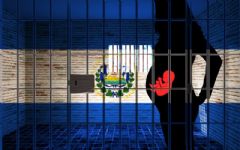 Letter From El Salvador: ‘I Was Jailed for a Miscarriage’

Inside the women's prison in El Salvador, set on the outskirts of the capital in a dangerous neighborhood called Ilopango, at least 21 women are serving sentences for abortions they say they never had. All of these women claim they are jailed for miscarrying their babies.

In the prison's leafy courtyard, a petite woman in a white tank top and bright sneakers confidently takes a seat. Teodora VÃ¡squez is used to telling her story. After an Amnesty International campaign, the 32-year-old has become the face of women imprisoned under the world's harshest abortion laws. Since 1998, abortions have been banned in El Salvador in all circumstances, regardless of the fetus's viability or the risk to the mother's life. Hospitals are required to report suspicious cases to the police. Sometimes, women who miscarry are accused of having a late-term abortion and charged with aggravated homicide-which carries up to a 50-year sentence.

El Salvador's archbishop was instrumental in pushing the abortion ban through Congress, and a strong conservative Catholic lobby has kept it on the books. This has also succeeded in making the country particularly litigious on the issue-more so, activists say, than the other five countries that have an absolute ban.

These women are known as Las 17, named for their original tally. Today, the number is rising. Of the 150 women who have been tried under the abortion law, at least 26 women, including VÃ¡squez, have been convicted of aggravated homicide. VÃ¡squez was sentenced to 30 years after being found unconscious with a stillborn baby in the bathroom of her work. She has served nine years. "I knew about the law," she says. "But I never thought about the issue because I never thought it would happen to me."

The courtyard where we meet is serene, but behind the gates the prison is at 900 percent capacity. VÃ¡squez spends her days studying, taking cooking classes, and thinking about her son, who is in sixth grade. Recently, her case was adopted by the Citizens' Association for the Decriminalization of Abortion, a Salvadoran activist organization that defends new cases and appeals old ones. Pro-bono lawyers are now working on reducing her sentence by half. If they succeed, she will still have six more years to serve. Here, she tells her story in her own words.

On July 13, 2007, I was on my ninth month of pregnancy and working in a high school cafeteria. It was a Friday and at 3 o'clock my boss told me there would be a sports event tomorrow, so we needed more food. He asked me to go buy it in the marketplace, so myself and a colleague went. I started feeling a little bad when we returned to the high school and were putting away everything we'd bought.

It was 6 o'clock. I was kneeling down and tried to get up. I had a hard time-of course my stomach was huge. I felt sick, but didn't think it was part of pregnancy. I'd been pregnant before. But at 7 p.m. I started really feeling sick and my contractions started coming very fast. I told my colleague I was going to make a phone call. I couldn't find any number to dial than 911 so I called and asked if they could come take me to the hospital. My boss was there and I asked for a pay advance so I could pay the hospital.

I sat on the front steps waiting for the police to arrive, but they didn't show up. It was raining hard. My boss couldn't take me to the hospital because he had an emergency at home, so I kept calling 911. The woman dispatcher said someone would arrive. By then it was 8:30 at night and everyone had left me. I couldn't handle it anymore. The pain was so bad. I got up to check if the police were arriving. No one was there, so I sat again. I felt like I had to go to the bathroom so I got up and walked around the corner. It was raining and I slipped and fell to the ground. When I got to the bathroom there was no electricity and it was dark. When I pulled my underwear down it felt like someone pulled me down. When I sat on the toilet I fainted. When I got up I kept fainting. I walked and sat and fainted again. I believe it was because I was losing so much blood.

I thought I still had the baby. There was a knock at the door-the police had arrived. They surrounded me and one said, "Why did you do it?" I asked him "What?" And he said "Don't pretend you don't know what you did." Right then are there they handcuffed me and took me to the pick-up truck. They brought me to a holding cell. I was bleeding heavily on the way and one cop said, "This lady's gonna die on us."

By then it was midnight. They took me to the maternity hospital and I don't remember anything until I woke up the next day. My foot was handcuffed to the bed and a bunch of journalists were there. The next day, my family found out about it on the news. That same day they took me back to the holding cell, where I spent three days. Eight days later I had a court hearing. Nine days later I was here.

In November I went to sentencing court and in January I had a hearing and my parents got me a lawyer. But on the day of the hearing the lawyer never showed up. At that time the judge had a lawyer from prosecution represent me and rescheduled for the next day. He had only 11 hours to review the case. At the sentencing he just sat next to me. He didn't know anything or ask anything, he just waited for the judge to sentence me.

My family was there and gave support. When they heard "The accused will face 30 years in prison" it was the biggest hit for them. My dad and sister started crying. I pulled some strength from inside me and told them everything will be alright. On the first day of my 30 year sentence I just gave thanks to my parents for never abandoning me.

When I got here I was really scared because I heard women who come in with this crime would get beaten. At the same time I knew nothing would happen to me. I'm security for myself. That day I hadn't eaten for three days. Some stared at me and others ran toward me and asked who I was. I was so scared I told them a fake name: Helen. I'm still known by this name, but now they know it's fake. It's normal that people pick up fake names when they come here. I've shared the reason why I'm here with others but I'm careful about who.

My son, Angel Gabriel, turned 13 years old on Sept. 8. He's in sixth grade. He visits once a year because he lives far away with my parents and there's no money to come. I do worry that he's at risk for joining gangs but I know my family is taking care of him. When he visits he runs toward me and tells me, "Mom I want you to come with me." I have a notebook and every time he comes I take it out so he can draw in it. He knows why I'm here because I was very clear and honest. He knows I'm his mother and this doesn't change anything.

Right now I'm in high school. I have dreams that if I'd been outside I'd have never thought about. I know I've accomplished something. I'm still young. I've seen so many cases [like mine] that I want to study law. It makes common sense this is what I know. If they'd really do an investigation in my case they'd know I don't belong here. An abortion is not only the provoked kind but it can also happen by accident. We've been charged but haven't been investigated. And I'm not the only one here.