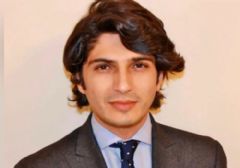 Elsalameen, who is a US citizen, told The Jerusalem Post that he has contacted the US State Department, the US Embassy in Israel, the White House and members of Congress to notify them about the threat.

"It is a known secret that the Al-Aqsa Martyrs Brigades is a front for the Palestinian Authority's intelligence agencies, and therefore I see the threat coming directly from [PA] President Mahmoud Abbas and his intelligence services," Elsalameen told the Post.

Born in Hebron, Elsalameen is an Adjunct Senior Fellow at the American Security Project, a Washington-based think tank.

His criticism of Abbas and corruption in the PA has earned him many followers on various social media platforms, including Facebook.

The threat was published in a March 20 leaflet issued by the Fatah group, one day after Elsalameen arrived to visit his family in the West Bank.

Denouncing Elsalameen as a "traitor, spy and one of the most prominent US and Israeli agents," the leaflet said that the rifles of Al-Aqsa Martyrs Brigades will be directed against him.

"I am very worried for my life," Alsalameen said. "President Abbas has refused to condemn the death threat, essentially green-lighting it. This is not the first time that the PA uses violence or threatens to use violence against me. In October 2016, they shot live bullets at my family's home in Samu' village near Hebron. We collected 60 cases of live ammunition. They almost killed my entire family. Even then, the Palestinian Authority refused to condemn the attack or launch an investigation. There is a pattern here of encouraging violence against me by the Palestinian Authority, and it should stop."

Elsalameen expressed hope that efforts to get Abbas to condemn the threat will succeed. According to Elsalameen, his efforts to expose corruption in the PA, which began more than 10 years ago, were solely aimed at "reforming" Palestinian society.

"This effort should be welcomed, not fought with bullets and death threats," he said. "President Abbas does not tolerate any form of criticism, let alone the type I have practiced over the past decade and which has amassed a following in the millions and included hard evidence of corruption, human rights abuses, and anti-democratic practices."

According to the American news website Axios, the US has raised concerns with the PA over the death threat made against Elsalameen.

"We see rampant corruption, from salaries to job placements to bribes and all the way to the distribution of vaccines against the coronavirus and hospital failures to adequately address patients," he said. "The uproar wouldn't happen if people didn't reach a level of being fed up with corruption in Palestine."

Asked about the mood on the Palestinian street ahead of the May 22 election for the Palestinian Legislative Council, Elsalameen said that from his visit and interactions, "I see poverty, enormous economic setbacks, very high unemployment among young Palestinians, and a very weak Palestinian Authority."

Some Palestinians, he added, are cautiously optimistic that the upcoming elections, if and when they take place, "might turn this reality into something better."

Elsalameen said that he also sees a "clear mistrust" between the Palestinian people and their politicians. "The people don't believe or buy their slogans or rhetoric," he said. "Even when it comes to the elections, I believe people will vote for those who could offer them a better life, not empty promises. The people want a change they can believe in. They want a better life today, not in the distant future."

Elslameen said he did not rule out the possibility that Abbas will delay or cancel the elections because of the split in Fatah. "Fatah has split into three camps, and none of them are strong enough to win a majority on their own," he said. "I believe Abbas sees this threat and will likely move to postpone or cancel the elections."

Palestinian officials and factions have warned that there would be no elections unless Israel allowed the vote to take place in Jerusalem.

The PLO Executive Committee met in Ramallah on Sunday evening to discuss the issue of the participation of Jerusalem Arabs in the elections.

PLO official Ahmad Majdalani said on Monday that the committee emphasized that the elections cannot be held without Jerusalem. He said that Israel has still not replied to a request from the PA to hold the elections in Jerusalem.

A senior Fatah official told the Post that he did not rule out the possibility that Abbas would delay or cancel the vote as a result of the controversy surrounding the participation of Jerusalem Arabs.

Asked about Hamas's chances of winning the parliamentary vote, Elsalameen said: "Hamas has done a terrible job governing the Gaza Strip. Voters will make them pay for this failure. Nonetheless, Hamas remains united as a slate, and from an organizational sense they could technically secure a bigger win than any of Fatah's three lists. Yet, Hamas is not popular anymore. This is clear from the sentiment coming out of the Gaza Strip, and its victory is not as guaranteed as it was in the last parliamentary election in 2006."