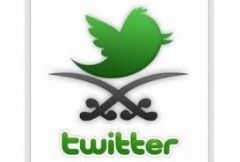 A court in Saudi Arabia has sentenced a man to 10 years in prison and 2,000 lashes for expressing his atheism in hundreds of Twitter posts.

It says the 28-year-old man admitted to being an atheist and refused to repent, saying that what he wrote reflected his own beliefs and that he had the right to express them. The report did not name the man.