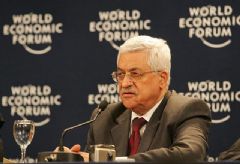 The Palestinian Authority targeted â and in some cases tortured â participants of the Trump-administration-led 2019 "Peace to Prosperity" economic workshop in Bahrain, the United States charged in its 2020 Country Report on Human Rights.

"In 2019 there were reports Palestinian security forces arrested, intimidated and tortured Palestinians following their participation in an international conference in Bahrain," stated the annual report published late Tuesday.

The PA had boycotted the conference, but some individual Palestinians participated. "Some of these individuals, labeled 'collaborators' for working with, or engaging with, Israelis on political initiatives the PA did not support, reported direct and indirect threats of violence from Fatah, members of Fatah's Tanzim, Hamas and other groups, some with possible ties to the PA," the report stated.

"They reported damage to personal property and businesses. There were reports that the families of those targeted were pressured to disown them, which would decrease risks for attackers to injure or kill them, and that they and their family members were denied medical treatment in PA health facilities, which allegedly contributed to greater health complications, including death," the United States reported.

The data were part of a wide-ranging report on Israeli, PA and Hamas activities in the West Bank and Gaza. It relied heavily on reports from the United Nations as well as left- and right-wing NGOs.

Among the issues it raised was the "Israeli government's continued selective revocations of residency permits of some Palestinian residents of Jerusalem. This meant those residents could not return to reside in Jerusalem," the report stated. It explained that "some Palestinians who were born in Jerusalem but studied abroad reported losing their Jerusalem residency status, but the government denied revoking residency status of anyone who left for the sole purpose of studying abroad."

The report also spoke of instances in which Muslim worship was limited at Jerusalem's Temple Mount, also known as al-Haram al-Sharif. There were "intermittent restrictions on Palestinian access to certain religious sites, including the Haram al-Sharif or Temple Mount," the report stated.

"Israeli officials cited security concerns when imposing travel restrictions, including limiting access to Jerusalem during major Jewish holidays as well as continuing construction of Israel's barrier, which impeded the movements of Palestinian Muslims and Christians in the West Bank," it added.

The report also charged that some "Palestinians and Muslim religious leaders used antisemitic rhetoric, including Holocaust denial. Antisemitism also regularly featured in public discourse, including expressions of longing for a world without Israel and glorification of terror attacks on Israelis," the report stated.

It also accused PA officials of "linking Israel and the spread of COVID-19 in the West Bank." In addition, it stated the "PA Ministry of Education has named at least 31 schools after terrorists and an additional three schools after Nazi collaborators, while at least 41 school names honor 'martyrs.'"

The report spoke of IDF demolitions of illegal Palestinian structures, including in the Jordan Valley herding village of Humsa, noting a 61% increase in such activity and explaining that the Civil Administration issued few construction permits.