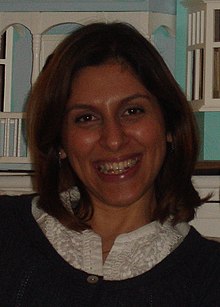 Female human rights activists imprisoned in Iran face increased jail terms and transfers to prisons with âdangerous and alarmingâ conditions, hundreds of miles away from their families, according to campaigners.

Warnings of the deteriorating treatment of female prisoners in Iran come days after Nazanin Zaghari-Ratcliffe, the British-Iranian national who has served a five-year prison sentence in Iran, was sentenced to a further year in jail and a year-long travel ban by the Iranian courts.

Human rights campaigners said that in the past six months increasing numbers of Iranian women jailed for human rights and political activism had been moved from Evin prison in Tehran to prisons outside the capital city without warning.

The women were locked up in the same area as criminals who had committed serious offences such as murder, in breach of Iranian law and international standards. Campaigners said that some had been raped by interrogators, attacked by fellow prisoners or denied medical treatment.

Shiva Mahbobi, spokesperson for the Campaign to Free Political Prisoners in Iran, described it as âa way of subjecting them to psychological tortureâ.

âIt is really, really bad,â she said. â[The guards] take away all their stuff; the family does not know where they are. There is a lack of drinking water, and lots of illnesses and contagious diseases.

âThe guards intentionally plan for non-political prisoners to attack them. Some families canât go and visit; if they can, itâs difficult to do often.â

Nasrin Sotoudeh, a human rights lawyer imprisoned for her work defending womenâs rights and protesting against Iranâs forced veiling laws, was transferred from Evin prison to Shahr-e Rey prison in Varamin, outside Tehran, in October last year. In January she was diagnosed with a myocardial bridge â symptoms include angina, chest pain and other heart complications.

She was told by a doctor to avoid stress and that she should be held in a well-ventilated space.

But the conditions in Shahr-e Rey prison are âextremely poorâ, according to Nassim Papayianni, Amnesty Internationalâs Iran campaigner. It is a disused chicken farm that holds several hundred women convicted of violent offences in overcrowded and unhygienic conditions, without access to decent food, medicine and fresh air, she said.

There are no windows, and prisoners have no access to safe, drinkable water. Reports from the facility indicate high levels of assault towards inmates by other inmates and prison staff, as well as rampant drug use and infectious diseases.

Zeynab Jalalian, a Kurdish Iranian woman, was moved to four different prisons between April and November last year including Yazd, Evin and Kermanshah. She has described prison transfers as a type of mental torture. She was not allowed to take her personal belongings, including clothes, with her and said she had been denied healthcare, which caused her more suffering, especially as she recovered from Covid-19.

In January, Golrokh Ebrahimi Iraee was moved almost 120 miles (200km) from Shahr-e Rey to Amol prison in northern Iran without notice and deprived of her personal possessions. She had already served one sentence when she was imprisoned again in November 2019 for âinsulting the supreme leaderâ and âspreading propaganda against the systemâ. In an open letter, her husband wrote that guards had dragged her across the floor by her hair.

Atena Daemi, a womenâs rights activist, has been sentenced in two further cases for peacefully protesting while serving time for campaigning against the death penalty in Iran. She was transferred suddenly, and without notice, from Evin prison to Lakan prison in Gilan province, north-west of Tehran, last month.

Yasaman Aryani and Monireh Arabshahi were transferred in October last year from the womenâs ward of Evin prison to one in Karaj, Alborz province.

Papayianni said that all the women had been wrongfully convicted and should be released. âAt Amnesty International, we believe that none of them should be in prison at all. We believe all their sentences are unjust and that they should be immediately released.â She added that the situation for these women was deteriorating and that transferring women was commonly used to silence detainees, particularly when they had campaigned from behind bars.

Mahbobi said that she suspected the increasing number of transfers were part of a political move to close Evin prison, where most political prisoners are traditionally held, in an effort to declare that Iran does not detain human rights defenders.

âItâs quite dangerousâ she said. âItâs really alarming. On one hand, they can send these prisoners to prisons that are really unimaginable and put their lives in danger, and then [the government] can claim they donât have any political prisoners.â