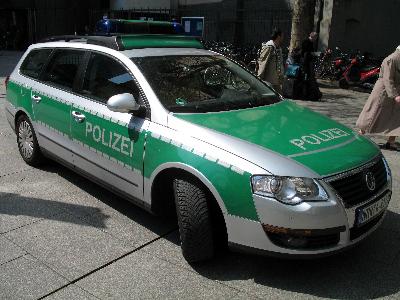 Three people were killed and several seriously hurt Friday in a southern German town after they were attacked by a Somali man with a history of mental illness who one witness said shouted âAllahu Akbar,â authorities said.

The attack took place around 5 p.m. in WÃ¼rzburg after the 24-year-old suspect snatched a kitchen knife at a supermarket and started stabbing people around him.

The man, who has been living in Wurzburg in the federal state of Bavaria since 2015, was confronted by a small crowd of passersby and then shot in the leg by police, who arrested him minutes after the attack. The suspect likely acted alone, according to police.

The man had a record of violent offenses and had been committed to a psychiatric hospital shortly before the attack, Bavariaâs interior minister Joachim Herrmann, told reporters near the scene.

Mr. Herrmann said one witness had told police the suspect had shouted âAllahu AkbarââArabic for âGod is most great,â a religious phrase for Muslims but also a war cry used by Islamist terrorists during attacks. A police spokesman said that the manâs record didnât include offenses related to Islamism and didnât comment about the suspectâs possible motives.

Germany experienced a string of Islamist terrorist attacks in 2016, most of them committed by recently arrived asylum seekers. They culminated in the deaths of 12 people after a Tunisian drug dealer rammed a truck into a Christmas market in Berlin. The attack was later claimed by Islamic State.

Earlier this year in WÃ¼rzburg, an Afghan teenager armed with an ax and a knife who had pledged allegiance to Islamic State seriously injured several people on a local train. He was later shot dead by police. Islamic State claimed responsibility the attack shortly after. Since then, German authorities have been regularly detaining suspected members of Islamic State and other terror militias who arrived during the 2015-16 refugee crisis.

Mobile phone videos circulating on social media on Friday showed the suspected attacker, barefoot and wielding a long-bladed knife, being confronted by over a dozen of passersby. Men armed with chairs, sticks and umbrellas engaged the attacker and pursued him until police arrived, Mr. Herrmann said, lauding what he called a remarkable display of civil courage.

âI have very, very great respect for them â¦ they likely prevented further loss of life,â he said.

He added that witnesses, police officers and paramedics said that the suspect was stabbing people at random with âunbelievable brutality.â Around a dozen people were hospitalized, Mr. Herrmann said, including a small boy whose father was likely killed in the attack.

âIt is not certain that all of those who had been most severely injured will survive,â Mr. Herrmann said.