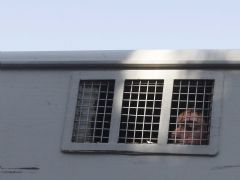 Syrian President Bashar al-Assad's regime has profited enormously from abducting tens of thousands of its own citizens, according to a new report.

The Syrian government has sponsored a campaign of "widespread and systematic enforced disappearances," said Amnesty International, a human rights group, in itsreport. As part of an "insidious black market," family members of those who have disappeared pay tens of thousands of dollars in bribes to "middlemen" linked to the Syrian regime, sometimes only to obtain false information about the whereabouts and health of their loved ones.

Another group, the Syrian Network for Human Rights, has estimated that since the start of the Syrian civil war in 2011, at least 65,000 people have been kidnapped, including 58,000 civilians.

"As well as shattering lives, disappearances are driving a black market economy of bribery which trades in the suffering of families who have lost a loved one," said Philip Luther, director of Amnesty's Middle East and North Africa Program, in a statement. "They are left with mounting debts and a gaping hole where a loved one used to be."

"These are crimes against humanity, part of a carefully orchestrated campaign designed to spread terror and quash the slightest sign of dissent across the country," he added.

The regime has targeted citizens who it believes are opposed to the government, including activists, journalists, doctors, humanitarian workers, and those whose relatives are wanted by authorities. Abductees are placed in crowded detention centers, where they have died from disease, torture, or execution.

Family members work with thousands of intermediaries tied to the Syrian government, such as prison guards, lawyers, or former detainees, to find out the fate of detained relatives. The middlemen devote a portion of families' bribes to state or prison officials for information.

Payments related to abductions have become a significant part of the Syrian economy, which hasshrunk by more than half since the conflict began. One lawyer in Damascus told Amnesty that, "these bribes are a cash cow for the regime-they are a source of funding that they have come to rely on ... Even the lawyers are taking bribes now. It's a disgrace."

After spending tens of thousands of dollars in bribes to locate their loved ones, families are often unsuccessful in finding them. Khaled Durgham moved to Turkey to pay off $150,000 that he owes to various contacts as he tried to track down three brothers, who were detained in 2012 for organizing peaceful protests. Their whereabouts are still unknown.

"When your brothers have been taken, and someone says he has information about them, you will follow him, even to find out a shred of information," Khaled told Amnesty.

Families often have no choice but to work with middlemen, or face retribution from authorities. When Khalid Hamoudi traveled to Damascus in 2014 to find his son Suleiman, a Syrian soldier who was arrested after he tried to leave the army, he was arrested himself at a military checkpoint and has not been heard from since.

Amnesty interviewed dozens of family members of abductees, former detainees, and investigators for the report, which covers disappearances between March 2011 and August 2015.

Luther urged the United Nations Security Council to refer Syria to the International Criminal Court and "impose targeted sanctions, including asset freezes, to pressure the authorities to end enforced disappearances."

The Assad regime has been accused of numerous atrocities throughout the four-year civil war. Defectors have presented evidence that authorities tortured and killed at least 11,000 civilians in jail. Syrian forces have also killed hundreds of citizens in chemical weapons attacks with nerve gas andchlorine-filled bombs.

An estimated 250,000 people have been killed in the war, and more than 10 million have been displaced.