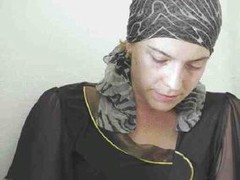 "The humiliation of Malika Soltayeva, a pregnant Chechen woman suspected of adultery, was ferocious and swift. Ms. Soltayeva, 23, had been away from home for a month and was reported missing by her family. When she returned, her husband accused her of infidelity and banished her from their apartment. The local authorities found her at her aunt's residence. They said they had a few questions. What followed was no investigation. In a law enforcement compound in this town in east-central Chechnya, the men who served as Argun's police sheared away her hair and her eyebrows and painted her scalp green, the color associated with Islam. A thumb-thick cross was smeared on her brow. Ms. Soltayeva, a Muslim, had slept with a Christian Russian serviceman, they said. Her scarlet letter would be an emerald cross. She was forced to confess, ordered to strip, and beaten with wooden rods and hoses on her buttocks, arms, legs, hands, stomach and back... Next they told her to dress, and drove her to her husband's courtyard and made her dance before her neighbors. ''Look how ugly you are,'' another policeman said. When she staggered away, several of them kicked her with their heavy black boots. Two days later she miscarried, and has been largely out of public view since."