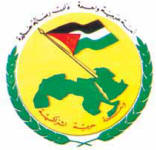 "Reporters Without Borders called today for the immediate release of cyber-dissident Habib Saleh after a court martial sentenced him to three years in prison at the end of a trial without due process in the west-central city of Homs on 16 August. He was arrested in May 2005 in Tartus, 130 km north of Damascus, and accused of spreading mendacious reports. "The Syrian regime is not content to censor the traditional media and block access to opposition websites," the press freedom organisation said. "It imprisons dissidents as well. It does everything to deny its opponents access to the Internet by monitoring online activity. Saleh's conviction for the second time is sadly evidence of this." Saleh ...posted open letters to the ruling Baath Party criticising the regime. His posts also described his previous spell in prison... Syria is on the list of the world's 15 leading Internet enemies which Reporters Without Borders compiled last year."