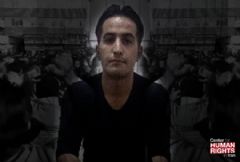 The death in custody of a nursing student arrested for allegedly filming anti-state protests in the Iranian Province of Ilam marks the fifth known death of a detainee in Iran within the course of two months. Officials claimed Taleb Basati, 26, died of a stroke but his death certificate only says "head injury and trauma" according to a friend.

As in the other four cases, the authorities have told the victim's family to not ask questions about their loved ones' cause of death and to avoid speaking to media outlets.

In a joint statement, four human rights groups including the Center for Human Rights in Iran (CHRI) urgedÂ the Iranian authorities to "end their cruel campaign of harassment and intimidation against the families of detainees who have died in detention under suspicious circumstances."

"The authorities should ensure that if there is sufficient evidence of unlawful deaths in detention, the perpetrators responsible will be prosecuted and punished," addedÂ CHRI, Human Rights Watch, Amnesty International and Justice for Iran in the statement published on March 13, 2018.

As in all the other cases, the Iranian authorities have accused Basati of wrongdoing without providing substantiating evidence.

"According to our investigations, Taleb Basati, a medical emergency worker in Malekshahi [county], was arrested after the disturbances because he supposedly had foreign connections," localÂ Member of Parliament Jalal Mirzaei told the semi-official Iranian Students News Agency on March 14.

Mirzaei did not substantiate the allegation with evidence.

"Mr. Basati was in detention for a few days and then he was transferred to prison, where one night he died of a stroke in a public cell in the presence of 18 other prisoners," added Mirzaei.

One of Basati's friends who asked to remain anonymous for security reasons told the Center for Human Rights in Iran (CHRI) that Basati's family was told to keep quiet about the case and that the death certificate makes no mention of a stroke.

"His family, who live in a village, were threatened and told not to ask questions or demand an autopsy," the source told CHRI on March 14. "The death certificate they were given says nothing about a stroke. It says head injury and trauma, which means he could have had a stroke but he could have also died from pressure in his brain from a blow to the head."

"More importantly," he continued, "Why did the authorities insist he should be quickly buried and prohibited any interviews or news about his death?"

Basati's exact time of death is unknown. According to his friend, he was arrested on February 18, 2018, at his home in Malekshahi and his body was delivered to his family on February 25 and buried the same day in the village of Bavalg, where his parents reside.

"The day he was arrested, he was questioned about why he had taken photos and filmed protests [in early January 2018]," the source said.

"But whatever he was accused of, the Intelligence Ministry and judicial officials in Ilam are responsible for his death," added the source.

The multipleÂ deaths of detaineesÂ under highly suspicious circumstances have raised concerns among human rights groups regarding the fatal ill treatment of people taken into custody in Iran.

In all of the recent cases, the families have been pressured to quickly bury their loved ones and told not to speak publicly about their cases. The authorities have also refused to allow independent autopsies or investigations.

In three of the cases, the deceased have been accused of committing suicide.

Iranian officials claimed that the deaths ofÂ Sina GhanbariÂ in Evin Prison on January 7, 2018, andÂ Vahid HeydariÂ at a detention center in the city of Arak that same month were both suicides.

Kavous Seyed-Emami, a prominent Iranian academic and environmentalist who had Canadian citizenship, also died in Evin Prison allegedly by suicide on February 9, 2018.