U.N. Inaction on Mauritania
All Actions of the UN Human Rights System Critical of Specific States, 2016 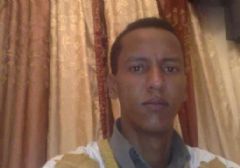 Mohamed Ould Cheikh Ould Mkhaitir, a Mauritanian blogger, was charged with apostasy and sentenced to death for "defaming the Prophet Muhammad"

In the dusty Mauritanian capital of Nouakchott, thousands of protesters armed with loudspeakers gathered outside the country's Supreme Court on November 15.

Demonstrators held messages of protests on paper, some worn around their heads to keep their hands free, and demanded the court uphold the death sentence against Mohamed Ould Cheikh Ould Mkhaitir, a Mauritanian blogger imprisoned in January 2014 on charges of apostasy. His alleged crime was to defame the name of the Prophet Muhammad. "Our first demand [is] to execute this criminal. The Prophet Muhammad is our honor, nobody has right to talk about him!" said one unidentified protester outside the court.

For Mkhaitir's sister, the scene was almost too much to bear. "When I saw hundreds of people demanding that my brother must be executed, I felt like I could not breath anymore. I wished to be dead [rather] than to see that," she tells Newsweek in WhatsApp messages sent to and translated by an intermediary. She requested anonymity since she fears reprisals for being associated with her brother. "I asked myself, 'How can they be like that? Do they not have sisters or mothers? Do they not understand how we feel?'"

While the court set December 20 as the date for a final decision on Mkhaitir's case, the 29-year-old blogger languished in a cramped cell 300 miles north of the capital in the city of Nouadhibou, isolated from family and legal counsel. His detention looks set to roll into a third year, as the removal of one of the Supreme Court's judges means that it will likely be 2017 before the court decides whether Mkhaitir will become the first person in Mauritania to be executed for almost 30 years.

The bloodthirsty protest in November was the latest instalment in a case that has become a source of national fury in Mauritania, a conservative Islamic republic and one of just eight countries where apostasy is a capital offense. But activists supporting Mkhaitir say that the case is not about Islam, but is rather an example of discrimination. And despite its similarities to more prominent cases-such as that of imprisoned Saudi blogger Raif Badawi-Mkhaitir's supporters say his plight is at risk of being ignored by the international community.

The story goes back to December 2013, when an anonymous article appeared on a Mauritanian news website and circulated via social media. The title of the article was "Religion and Religiosity for Blacksmiths"-the Arabic word maalemine , rendered as blacksmiths, refers in Mauritania to people descended from craftsmen, who are among the lowest in terms of social status. In the article, the author argues that Mauritania's ruling classes have used incidents from the Prophet Muhammad's life to justify racial discrimination and slavery.

The article sparked public outcry and Mkhaitir was quickly revealed as its author. Mkhaitir, was by no means a prolific blogger; he worked as an accountant for a loading company in Nouadhibou at the time, according to U.S.-based advocacy group Freedom Now. He turned himself in to police on January 2, 2014, and was charged with apostasy. Eight days later, Mauritanian President Mohamed Ould Abdel Aziz appeared to back calls for Mkhaitir's execution, telling protesters: "We will apply God's law on whoever insults the Prophet and whoever publishes such an insult."

Mkhaitir was kept in detention for 12 months before his trial commenced in December 2014. Soon after his arrest, he released a public statement repenting of his alleged crime. When his trial finally began in December 2014, Mkhaitir publicly apologized and again repented. Mauritanian law allows for the death sentence to be overturned in the case of a convicted apostate who repents. However, on December 24, 2014, the court sentenced Mkhaitir to death for the crime of zendegha , or "hypocrisy"-according to Mauritanian law, this is the crime of someone committing apostasy and then repenting insincerely. He was sentenced to be executed by firing squad.

The blogger appealed and, in April 2016, the Mauritanian court of appeal ruled that the appropriate conviction would have been apostasy, rather than "hypocrisy." The court of appeal thus transferred the case to the Supreme Court to judge whether Mkhaitir's repentance was sincere.

The case has taken Mkhaitir from obscurity to a public hate figure in Mauritania. His life has completely changed: Mkhaitir's wife was forced to divorce him and most of his family have publicly disowned him, says Fatimata M'baye, the blogger's current lawyer. Mkhaitir found it hard to obtain legal counsel-Islamists calling for his execution accused his previous lawyers of being apostates for defending him-and M'baye says she has suffered threats since taking on his case, which she is doing pro bono. Mkhaitir has contracted malaria in detention, where he is held in a tiny cell with almost no natural light, and was reportedly subject to an assassination attempt when food sent to him from outside was found to be poisoned, according to Freedom Now.

For some observers, Mkhaitir's plight is being exacerbated by the deep divisions in Mauritanian society, which is highly stratified by both race and caste. Biram Dah Abeid, Mauritania's most prominent abolitionist, can sympathize more than most with Mkhaitir. Abeid is a member of the Haratine, those descended from slaves, as his mother was freed from slavery while pregnant. (Children born to a slave are considered the property of the parent's master in Mauritania.) Abeid founded the Initiative for the Resurgence of the Abolitionist Movement Mauritania (IRA Mauritania) in 2008. In April 2012, Abeid was arrested and charged with apostasy after conducting a public book-burning of Islamic legal texts that form the basis of Mauritanian law, and which he says are misused to justify slavery. After being held in detention for four months-which he says included torture and a month in solitary confinement in a windowless cell-Abeid was released following pressure from international bodies and protests in Mauritania.

Abeid tells Newsweek that Mkhaitir's case is not about apostasy at all, but rather about maintaining the social status quo. While people of African heritage-which is subdivided into those who speak Arabic and those who do not-comprise around 70 percent of the population, the Arab minority has historically held power and privilege, including the rights of slave owners. The population is also divided hierarchically by caste. Towards the bottom of the hierarchy lie the Haratine and the maalemine, Mkhaitir's class.

"[Mkhaitir's is] certainly a case that has been instrumentalized and used by the dominant groups, including the Arab extreme right," he says through a translator. Abeid-who in 2014 ran for the presidency, finishing second behind the incumbent-claims that President Aziz is drawing on an Arab, Islamist power base to "oppress not just slaves in the slavery hierarchy, but also casted groups, like the blacksmiths."

Islamist groups in Mauritania have been vocal in calling for Mkhaitir's death. The leader of Mauritanian Islamist party Tawassoul, Jemil Ould Mansour, reportedly said that Mkhaitir got "the fate he deserves" when he was sentenced to death in 2014. An Islamist organization calling itself The Friends of the Prophet has continually pursued the death sentence for Mkhaitir, while the influential Forum for Imams and Ulemas issued a fatwa calling for the sentence to be upheld just two days before the Supreme Court hearing on November 15.

Mauritania's legal code allows that Muslims accused of apostasy have a three-day period within which to repent; Mkhaitir repented several times prior to his conviction. The code also allows that, should a convicted apostate repent at any point before the death sentence is carried out, the Supreme Court may commute the punishment to a prison sentence of up to two years. But Abeid says that Mkhaitir is being "judged by the street" and that such Islamist groups are misusing Islam as a means of making an example of him. "It's a little like how apartheid was justified by the Bible. Bad Muslims can utilize Quranic references to justify slavery," he says.

Mauritania's chargÃ© d'affaires in the U.K., Mohamed Yahya Sidi Haiba, rejects allegations that Mkhaitir is being targeted due to his caste. "There is no discrimination in Mauritania. All Mauritanians are equal before the law," says Haiba in comments emailed to Newsweek. Haiba adds that it is up to the judiciary, not the government, to ascertain the sincerity of Mkhaitir's repentance. Mauritania's representative to the United Nations, Mohamed Lemine El Haycen, declined to comment on the case. "The judicial process is confidential and requires a transparent and serene climate that permits the judge to make his decision free from pressures and interference of any kind," he tells Newsweek via email.

Mkhaitir's plight bears similarities to the case of Saudi blogger Badawi. Saudi authorities sentenced Badawi to 1,000 lashes and 10 years in prison for a blog said to insult Islam. While Badawi's conviction sparked widespread condemnation of the conservative Islamic kingdom, Mkhaitir's fate has drawn little attention from global organizations. Ensaf Haidar, Badawi's wife, launched a public advocacy campaign on the Mauritanian's behalf in August 2015, calling on the international community to rally behind his cause.

"Mohamed is being punished for saying what he thinks, because he dared to speak freely like my husband in a country that does not accept criticism," Haidar tells Newsweek . "He's not a criminal, he's a blogger, a journalist, a thinker. Thinkers are not criminals."