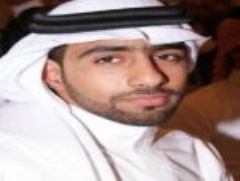 Reporters Without Borders is shocked by the sentence of 15 years in prison followed by a 15-year ban on travelling abroad that a Riyadh court passed on 17 April on Fadhel Al-Manafes, a human rights defender and blogger. He was also fined 100,000 riyals (19,300 euros).

Held since 2 October 2011, Manafes was convicted on charges of undermining national security and stability, inciting sedition and sectarian divisions, disloyalty towards the king, publishing articles and communicating with foreign journalists with the aim of harming the state's image, creating a banned association and inciting protests.

"We firmly condemn this verdict," said Lucie Morillon, head of research and advocacy at Reporters Without Borders. "We urge the authorities to free Manafes at once and to overturn his conviction on all the charges. This 15-year jail term is typical of the contempt that the Saudi authorities show towards fundamental freedoms, especially freedom of information. They imprison those who dare to speak out in order to intimidate the rest."

During his trial, Manafes told the judge that he has been tortured and mistreated since his arrest but the judge brushed his claims aside.

Manafes is one of the founding members of the Al-Adalah Centre for Human Rights, a Saudi NGO that documents human rights violations and supports victims. As a blogger, he has constantly criticized discrimination against Saudi Arabia's Shiite community. He had been arrested twice for demonstrating, in 2009 and mid-2011, before his arrest in October 2011.

He is the latest in a long line of people to receive jail sentences in Saudi Arabia for what they write or for circulating information that runs counter to the monarchy's discourse.

Other recent additions to the list of prisoners of conscience include the well-known writer and activist Mukhlif Al-Shammari whose five-year jail sentence was upheld on appeal on 4 March. He was convicted for posting a video on YouTube in which two girls described being mistreated.

TV host Wadji Al-Ghazzawi was sentenced to 12 years in prison on 4 February on charges of inciting sedition, "disobeying the sovereign" and defaming the state and judicial institutions for criticizing corruption on his programme "Al-Fadfada."

In April 2013, Reporters Without Borders submitted observations and recommendations on freedom of information in Saudi Arabia for the Universal Periodic Review that the UN Human Rights Council held during its 17th session from 21 October to 11 November 2013.

In this report, RWB condemned the authorities' persecution of news providers, the systematic recourse to prison terms and the harshness of the sentences imposed, which encourages self-censorship.