U.N. Inaction on Democratic People's Republic of Korea
All Actions of the UN Human Rights System Critical of Specific States, 2019 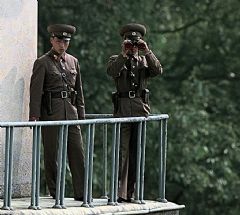 A South Korean human rights group has identified more than 300 sites where North Korea carried out public executions and extrajudicial state killings, based on witness reports.

"Public executions are to remind people of particular policy positions that the state has," said TJWG research director Sarah A Son.

"But the second and more powerful reason is it instils a culture of fear among ordinary people."

The report is the result of four years of research and interviews with 610 North Korean defectors living in South Korea.

Purged members of the elite have been among those executed in public, such as leader Kim Jong-un's uncle, Jang Song-thaek, in 2013.

The group said charges levelled against the condemned ranged from "stealing copper and livestock" to "anti-state" activities and illegally crossing into China.

According to the report, the bodies of those killed were not usually returned to the family and were often dumped in mountainous areas, buried in the ground without markers, or thrown into a gorge or ravine.

The report said hundreds of people would gather for the public executions.

The survey included 19 reports of more than 10 people being executed at the same time. There were 35 reports of public executions at one particular river bank.

In a survey sample of 84 people, the vast majority - 83 per cent - had witnessed a public execution at some time, with a seven-year-old the youngest to witness a killing.

Ethan Hee-Seok Shin, one of the report's authors, said the interviews suggested public executions were becoming less frequent, although it was unclear whether that was because more people were being executed in secret.

Reuters and the Associated Press were unable to independently confirm any of the accounts in the report and the group acknowledged its findings were not definite because it did not have direct access to North Korea and could not visit the sites.

It also did not reveal exact locations because it was worried North Korea might tamper with them.

The survey was based on the testimony of defectors and was not necessarily representative.

A disproportionate number of the respondents were from the northern provinces closest to the Chinese border, where people try to flee.

Some reports of executions in North Korea have turned out to be untrue, with officials who had been reported as executed later reappearing.

North Korea did not immediately respond to the report, but the nation bristles at criticism of its human rights record.

In a report to the United Nations Human Rights Council in May, North Korea said it maintained the principle of "protecting human rights in dealing with criminal cases".

This month, there have been media reports about the execution of officials involved in nuclear talks with the US, which collapsed in February at a summit between Mr Kim and US President Donald Trump.

Mr Trump last week appeared to cast doubt on the news reports about the executions.

"I don't know if the reports are correct," Mr Trump said. "They like to blame Kim Jong-un immediately."

On Tuesday (local time), Mr Trump praised a "beautiful" letter from Mr Kim and took a public stance against the use of CIA informants to spy on the North Korean leader, saying it would not happen on his watch.

The comments came after the Wall Street Journal reported that Mr Kim's slain half-brother, Kim Jong-nam, was a source for the CIA. He was killed at the airport in Kuala Lumpur in Malaysia in 2017.

"I saw the information about the CIA with respect to his brother, or half-brother. And I would tell him that would not happen under my auspices," Mr Trump said.