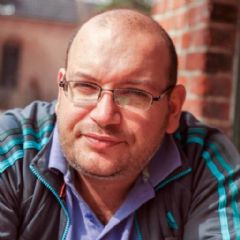 The judicial authorities in Iran have extended by at least two months the detention of Jason Rezaian, The Washington Post's Tehran correspondent, his brother said on Wednesday, confirming a report by Human Rights Watch. Mr. Rezaian has been imprisoned without explanation since July 22, kept in solitary confinement and denied access to a lawyer.

Mr. Rezaian's brother, Ali, said in a telephone interview that the order extending the detention was effective on Nov. 18. He said a notice of the extension was not conveyed to Mr. Rezaian or his family until recently. It was not clear why.

As of Thursday, Mr. Rezaian, 38, a dual Iranian-American citizen from California, will have been imprisoned for 135 days, making him the longest-held Western journalist in Iran. That distinction previously was held by Maziar Bahari, an Iranian-Canadian and former Newsweek correspondent, who had been accused of spying because of an appearance on Jon Stewart's "The Daily Show." Mr. Bahari's imprisonment after Iran's political convulsions in 2009 is the subject of a new film, "Rosewater," directed by Mr. Stewart.

Mr. Rezaian's family has called his incarceration a farce and repeatedly sought to learn what, if anything, the judicial authorities believe are the grounds to hold him. They were encouraged by remarks made Oct. 31 by a senior Iranian emissary, Mohammad Javad Larijani, suggesting that Mr. Rezaian might be released soon. But word that Mr. Rezaian's incarceration had been extended for two months suggested otherwise.

His brother said that Mr. Rezaian has had health problems in prison, including high blood pressure, an eye infection and back pain, and that "he's very depressed at this point." His brother said Mr. Rezaian had been allowed weekly visits by his wife, Yeganeh Salehi, who is also a journalist. Ms. Salehi was seized with her husband and released after two months but has not been permitted to resume her job as correspondent for The National, a United Arab Emirates newspaper.

The Washington Post, the State Department and rights groups have repeatedly called on Iran to release Mr. Rezaian.

In its report on Wednesday, Human Rights Watch said that Mr. Rezaian was being held in a section of Evin Prison in Tehran that is controlled by the Revolutionary Guards and that under Iranian law, he could be held indefinitely and denied access to a lawyer, provided a judge approves.

"If authorities had evidence that Rezaian had committed a real crime, they should have charged him shortly after his arrest," Sarah Leah Whitson, Human Rights Watch's Middle East and North Africa director, said in the report. "At this point, they should simply release him." Correction: December 4, 2014

An earlier version of this article misstated the number of months that Jason Rezaian's wife, Yeganeh Salehi, was held after both were detained on July 22. It was two months, not one.