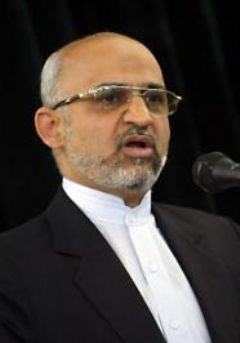 Mohsen Mirdamadi (pictured) and two other prominent political activists were sentenced to six years for "spreading propaganda against Iran".

The court also banned them from any kind of political activity for 10 years.

The three are among more than 100 opposition figures put on a mass trial in the wake of the disputed June presidential elections. The trial has led to a dozen death sentences so far.

The Iranian opposition, led by Mir Hossein Mousavi, charges that the election was fraudulent and that President Mahmoud Ahmadinejad was not the rightful winner.