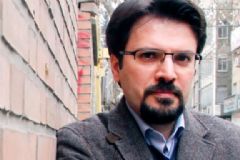 The Committee to Protect Journalists has called on Iran to stop persecuting journalists for their work after Tehran's Revolutionary Court sentenced Yashar Soltani to five years for his coverage of Tehran land deals.

Mr Soltani, the editor-in-chief of Memari News, was investigating corruption in municipal real estate sales in the Iranian capital. He revealed that the mayor's office in Tehran illegally sold public land to political allies at discounted rates.

He was charged with "spreading lies in order to disturb public opinion, gathering classified information with the intent to harm national security, [and] defamation and threats against a government contractor," his lawyer, Seyed Sadeq Kashani, told the semi-official Iranian Students' News Agency.

He was arrested after Tehran's mayor and the municipal council chairman filed a lawsuit against him, according to CPJ. He appeared three times in court from September 2016 before being handed a verdict on January 23.

"Jailing a journalist for reporting about corruption in his country is unacceptable and will only ensure that corruption continues unchecked," said CPJ Middle East and North Africa Program Coordinator Sherif Mansour, who is based in Washington D.C. "We call on Iranian authorities to drop the charges against Yashar Soltani and allow all journalists to report freely."

It is still unclear if Mr Soltani will be filing an appeal, but he called the verdict "unjust" in a Tweet and said he will fight corruption in the country.

"In addition to five years in prison, the sentence includes a ban from joining any political group, working as a journalist, or traveling outside the country for two years after his release, according to Kashani," CPJ said in a statement.

According to CPJ, eight journalists were imprisoned in Iran in relation to their reporting on Iran.