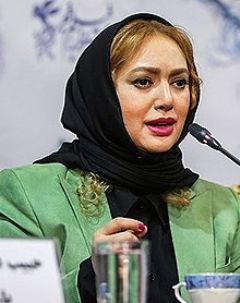 While the International Football Federation (FIFA) is set to dispatch a delegation to Tehran to look into the case of a female football fan who recently committed suicide by self-immolation, the Islamic Republic has issued a warrant to arrest a movie superstar in Iran for supporting the victim.

A news agency affiliated with the Islamic Revolution Guards Corps (IRGC), Fars, reported that a judge had issued a warrant for arresting Saba Kamali, a famous movie and theater actress. Saba Kamali had published a post on her Instagram page that, according to Fars, the prosecutor has found insulting to the third Shiite Imam, Hussain ibn Ali.

In a post on Instagram, Kamali had rhetorically said the female football fan Sahar Khodayari had suffered more ruthless treatment than the Imam and his companions who are considered martyrs by Shiites when they were killed in Karbala, Iraq in the 7th century.

However, hours later, Ms. Kamali removed the post and explained that her remarks on Instagram were merely a personal and intimate dialogue with the third Imam, but a few "biased and bigoted individuals" misunderstood it, attributing stupid tendencies to her.

The Islamic Republic Judiciary has not reacted to the Fars report so far.

The 29-year old Khodayari was arrested in March trying to attend a men's football (soccer) match in Tehran. Based on an unwritten law, women are not allowed in Iran to watch men's sports competitions in arenas.

Iran is the only country in the world that bans women from sports stadiums. The unwritten law has been supported by religious conservatives and political hardliners in Iran since 1980, a year after the downfall of the pro-West monarch, Shah Mohammad Reza Pahlavi and the establishment of the Islamic Republic.

She was later released from detention, but when she went to the prosecutor's office September 1 to get her cellphone back, they told her that the case was not over, and she might still go to prison. At that point she poured gasoline on herself and set it on fire, receiving burns "on 90 percent of her body" according to hospital officials.

She has been dubbed "The Blue Girl" because of the colors of her favorite club in the capital, Esteghlal FC.

Her death triggered a series of support gestures among political figures, as well as celebrities.

Farah Pahlavi, the last queen of Iran, said in a statement, "Sahar is the burning symbol of the dreams cherished by half of Iran's population. Iranian women have been fighting for forty years to achieve the least of their absolute rights."

The name of Sahar Khodayari, as the symbol of Iranian women seeking their rights, will never be forgotten, Queen Farah reiterated.

Her son and heir to the Iranian throne, exiled Prince Reza Pahlavi also described Sahar's death as one of the most saddening moments of his life.

Calling Sahar as "my daughter," Prince Reza insisted, "All Iranians have to avoid being indifferent towards the cruelty you suffered." He added that surely her name will soon shine at the top of a stadium in Iran.

Meanwhile, several soccer clubs, including the most popular ones in the capital city, Esteqlal, and Persepolis, held a minute of silence before their daily training.

The U.S. Department of State announced, "Death of blue girl, Sahar Khodayari, is another proof for the fact that the Iranian people are the greatest victims of the Islamic regime."

Spanish Club FC Barcelona said in a statement, "FC Barcelona is very sorry to hear about the death of Sahar Khodayari, may she rest in peace. Football is a game for everyone, men AND women, and everyone should be able to enjoy the beautiful game together in stadiums."