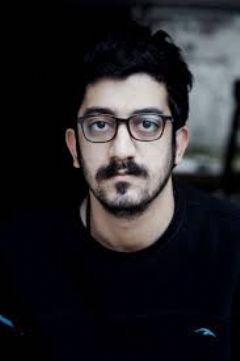 Iranian children are dancing to pop music, and the government is furious

As the United States and Iran have traded threats these past weeks and inched closer to the brink of a military confrontation, Iranian hard-liners have identified a new "political plot" by an "enemy" who is "trying different ways to create anxiety among the people," Education Minister Mohammad Bathaei warned.

Bathaei was not speaking about the USS Abraham Lincoln carrier strike group or a bomber task force dispatched to the region earlier in May.

Instead, he was referring to video clips of Iranian schoolchildren, apparently recorded in multiple schools, dancing to music by Iranian pop singer Sasy Mankan.

Mankan's "dance challenge" for fans - centered on his "Gentleman" song - appears to have raised suspicions among Iran's ultraconservatives of a U.S.-linked cultural attack. Iranian state media outlets reported that an investigation was launched earlier this month.

Pop music is strictly censored in Iran, but Mankan resides in the United States and reaches his Iranian fans via Instagram and other social networks, circumventing authorities.

Mankan's foreign base alone may have been sufficient for Iran to ban his music, but in this case, his dance challenge also coincided with rising U.S.-Iranian tensions after President Trump withdrew from the Iran nuclear deal last year. Reimposed U.S. sanctions have strained Iran's economy and resulted in price hikes.

Cracking down on arts under the pretext of politics is a common theme in Iran.

Shortly after the Islamic revolution in 1979, Iran's Ayatollah Ruhollah Khomeini compared all music broadcast on TV or radio to opium and decided to ban it, arguing that it made the human brain "inactive and frivolous."

But the Koran, Islam's central religious text, does not explicitly ban music, singing or dancing.

Instead, religious hard-liners in Iran and other countries have often relied on their own interpretations of the religious texts to justify restrictions, which critics say are just a pretext to crack down on political and ideological dissent.

The bans have not stopped Iranian artists, who have instead moved underground.

When Hassan Rouhani became president in 2013, artists were among those hoping for greater liberties in a country where the powerful religious police have long cracked down on political dissent and other deviations from the rules. Those hopes soon vanished.

A ban on women singing alone in front of non-related male spectators, for instance, remains in place. Some of the rules used to prosecute artists and dancers appear deliberately loosely defined, which human rights advocates fear is a way of targeting certain parts of the population in particular. While authorities may tolerate some dances or songs, they jump into action when they deem the dances to be "acts against morality."

Dances have also triggered backlashes in other parts of the Middle East, including in Tunisia, where "Harlem Shake" videos drew official condemnations in 2013. Although the Tunisian videos resulted in public tension, Iranian hard-liners have a powerful state apparatus behind them. In 2014, three unveiled Iranian women and three men were sentenced to suspended jail terms and flogging punishments for dancing to U.S. singer Pharrell Williams's song, "Happy."

"Iranian authorities primarily silenced artists through a combination of detentions and imprisonments under the guise of religion and state reputation," the 2017 State of Artistic Freedom report stated.

One of the singers mentioned in the 2017 report was Iranian musician Mehdi Rajabian. The 29-year-old spent about two years in one of Iran's most notorious prisons with his brother, Hossein, a filmmaker. Both had been found guilty of breaching Iran's censorship laws, which require artists to obtain music licenses.

The duo had no such license, but their label, Barg Music, rapidly emerged as a heavyweight in Iran's booming underground music scene.

That made them a threat to Iranian authorities, who later accused them of "propaganda against the state" and other violations. In prison, Rajabian went on a hunger strike.

Now out of prison after his sentence was suspended, Rajabian is still refusing to be silenced. For his latest project, which is called "Middle Eastern" and was released by Sony this year, he assembled dozens of musicians from across the Middle East to send a message "of peace."Formerly jailed Kurdish artist Zehra Dogan contributed paintings.

Reached via a messaging app on Wednesday, Rajabian, who is not allowed to leave the country, said authorities could send him back to prison at any time. But he added that he remained determined to continue fighting for freedom of expression, despite the risks.

Social media, he said, has exposed Iranians in recent years to content they would otherwise have been largely unaware of, including the recent videos of dancing schoolchildren, which he has watched. The crackdown is no surprise, he said.

But in the era of Instagram and social media, enforcing policies dating back to the 1980s is increasingly difficult for Iran's religious hard-liners.