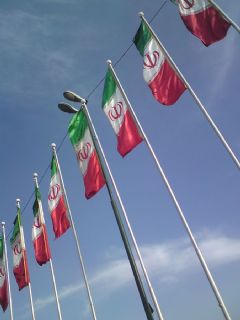 IRANIAN POLI-SCI PROF. GIVEN ANOTHER YEAR IN PRISON FOR DISSIDENCE

Sadegh Zibalkam, a political science professor at the University of Tehran and prominent liberal intellectual, has received a one-year prison sentence for his outspoken views against the Islamic Republic of Iran, according to IRNA state-run news.

Zibalkam was charged by the conservative judiciary with "spreading lies for the purpose of agitating the public," after he compared the employment costs of hiring 300,000 clergymen to the wealth of three poor provinces within Iran.

After an Iranian religious cleric suggested hiring the new clergymen to oversee "public morality," Zibalkam argued in a short op-ed that the costs exceed the budgets of three poor Iranian provinces and placed religious authority at the forefront of Iranian government aspirations over concerns for public welfare.

"Zibakalam is a unique personality in Iran for his unabashed criticism of policies and comments that would easily land others in jail," a source told Radio Farda. "Some believe his outspokenness is tolerated as a 'safety valve' in the restricted environment of the Islamic Republic."

He often appears on state media, "where he speaks critically against conservative and hardliner ideas â a rare occurrence in Iran."

Just last May, Zibakalam sparked outrage in the Iranian conservative media with a tweet that questioned the government's bellicose stance and actions towards Israel.

"If, God forbid, there is a war between us and Israel, we will have to tell future generations why we fought a war with a country 200 kilometers away that never threatened us or had any other dispute with us," Zibakalam wrote on Twitter on May 10. "What were all those casualties, and the billions of dollars in military expenditures for?"

Zibakalam's comment came on the same day that the Israeli Air Force struck dozens of Iranian targets in Syria, the most significant confrontation since the recent rise in tensions between the two countries over Iran's involvement in the Syrian civil war.

The tweet attracted 2,500 comments and was marked as favorite almost 10,000 times on the popular social media platform. It was shared by, among others, Israel's official Twitter account in Persian.

"Zibakalam's tweet falsely ignores all of Israel's crimes against oppressed Palestinians, its terrorism against Iran's nuclear scientists, its attempts to strike our country's interests in the region and to martyr our Holy Shrine Defenders in Syria," the unsigned article said, referring to Iranian advisers and military personnel engaged in the ongoing Syrian civil war.

Other conservative media outlets, including the Javan newspaper, also joined in attacking Zibakalam.

"I have a simple question: Who gave us the responsibility for destroying Israel?" Zibakalam asked in response in sarcastic post on Twitter yesterday. "Have the Iranian people held a referendum and asked the government to do this?"

Zibakalam, who participated as a student in the 1979 Islamic Revolution in Iran, has, like many former revolutionaries, gravitated towards more liberal positions in the decades since. Considered to be one of the most prominent reformist thinkers in the country, he has taken controversial stances against Iran's nuclear program and the country's official anti-Americanism.

Politicians representing more moderate and conservative political visions have battled over the future of the Islamic Republic in recent decades. Supreme Leader Khamenei is aligned with the most conservative elements, while President Rouhani is largely supported by the more moderate reformist camp.