U.N. Inaction on Kenya
All Actions of the UN Human Rights System Critical of Specific States, 2007 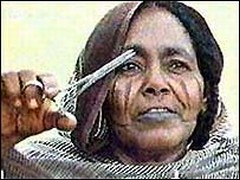 "Rescue centres in Kenya are being flooded with young girls who fear they will be forcibly circumcised at their homes when they return during school holidays, according to reports.

Despite laws prohibiting the circumcision of girls under 18 in the African country, the Daily Nation reports that more than 150 girls from the rural Marakwet district have been circumcised in the past two weeks.

The newspaper reports that during the same period close to 300 girls have fled their homes to avoid undergoing the rite of passage.

"We are worried that if we go back home, we might be forced into circumcision. Our education will be greatly affected," said one of the runaway girls, most of whom are aged between 9 and 15.

The coordinator of World Vision's Anti-Female Genital Mutilation centre in the Marakwet division of Tot, Lydia Kanda, said many girls are taking refuge at the facility.

"Our priority is to continue giving refuge to those at the centres until such a time that we feel their safety is assured before allowing them to go home," she said.

The traditional practice of genital mutilation is common in many parts of Africa and the Middle East, where anti-FGM activists are constantly at war with supporters of the custom.

"My attempts to save two girls from a circumciser's knife earned me severe beating and I can no longer venture into the villages for fear of my life," an activist said.

Mrs Kanda said there is little they can do other than providing refuge to those who manage to escape.

"What complicates matters is that some girls have willingly undergone the rite in spite of continued campaigns against it. This remains our greatest challenge to winning the war against the out dated and dehumanizing practice," she said.

In Kenya, female circumcision is widely practiced among North Rift communities, where critics claim it is to blame for low enrolment in schools, early marriages and high illiteracy levels.