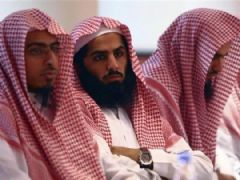 A Saudi Arabian judge has upheld a sentence of a month in prison and 50 lashes for a businesswoman convicted of insulting members of the morality police during an argument, the local al-Medina newspaper reported on Sunday.

Incidents of heavy-handed behavior by the morality police have come under growing criticism on social media from inside the kingdom in recent years, straining relations between Saudi citizens and the official body.

The appeals court in Mecca upheld the sentence, passed by a district court in Jeddah, after the woman was found guilty of "cursing the morality police" and calling them "liars", the Arabic-language daily reported.

It said the patrol had entered her cafe to check there were no breaches of morality or other laws in the conservative Muslim kingdom, and that some of her employees had then run away because they were breaking immigration rules.

The morality police, formally called the Commission for the Promotion of Virtue and the Prevention of Vice, was set up in 1926 to monitor public behavior in Saudi Arabia, which follows the strict Wahhabi school of Sunni Islam.

In 2012 King Abdullah sacked the head of the religious police after a series of controversies including footage of members harassing families in a shopping mall going viral online and fatal crashes after patrols engaged in car chases with suspects.

The new head, Sheikh Abdulatif Al al-Sheikh, has publicly pushed a more conciliatory approach, talking about training sessions for the morality police to ensure they are politer and do not exceed their legal powers.

However, the force has still been embroiled in a series of controversies over the past two years including more fatal car chases.

Saudi Arabia's Sharia justice system gives extensive control to judges who can base their verdicts and sentencing on their own interpretation of religious texts rather than using official sentencing guidelines or a system of precedent.

King Abdullah and Justice Minister Mohammed al-Issa have pushed reforms aimed at standardizing sentencing, but analysts say implementation has been slow as conservative judges and officials in the Justice Ministry have blocked change.