U.N. Inaction on Morocco
All Actions of the UN Human Rights System Critical of Specific States, 2009 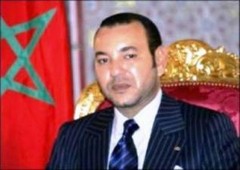 Morocco: An activist of Human Rights condemned to 4 months in prison

The co-chairman of the Committee for the respect of freedoms in Western Sahara (CORELSO) Ennama Asfari, arrested at a police checkpoint in Tan Tan (north of Western Sahara), was sentenced August 27 to 4 months in prison for insulting a police officer, said on Tuesday a source.

According to the American NGO Human Rights Watch (HRW), a cousin of Ennama Asfari, Ali Roubiou also arrested at the same police checks on August 14, for his part, was sentenced to 2 months suspended sentence.

According to MAP, "the two defendants had refused to show their identity cards to police officers during a routine check at the entrance of the city.

Ennama Asfari, 39, described by the MAP of "habitual criminals" was prosecuted for "insulting public official in the exercise of his functions", "assault against police officers" and "refusing to show the vehicle's documents. Also according to the MAP, his cousin, aged 21, was accused of "refusing to show his identity card.

In a statement, HRW said qu'Ennama Asfari had already been sentenced to 2 months suspended sentence in 2007, then 2 months in prison in 2008 after trial "apparently inspired by the will of the Moroccan authorities to punish him for his political activities."

The Moroccan Minister of Interior, Chakib Benmoussa, has denounced last week the "provocations carried out by supporters of separatism, which routinely violate the law and seek to politicize the process of law to attract international sympathy supporting theses separatists.

Former Spanish colony, Western Sahara was annexed in 1975 by Morocco which is administered since that date and proposes a wide autonomy under its sovereignty.

The Polisario Front, an armed movement backed by Algeria, claiming the territory's independence and self-determination referendum.

Four rounds of formal negotiations have taken place in Manhasset (New York) between Morocco and the Polisario. They have failed to reconcile points of view and reach a compromise.