U.N. Inaction on Bangladesh
All Actions of the UN Human Rights System Critical of Specific States, 2015 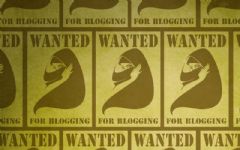 I am Camelia. I write on Facebook and blogs with the name Foring Camelia. I am not sure if I will be able to fully convey to you our situation. Every moment passes with the omnipresent fear of death. Islamic extremists can murder any one of us at any time.

In 2013, when four atheist bloggers were wrongfully arrested due to pressure from extremist Muslims, I protested. They are not criminals, they haven't done anything wrong, so why were they arrested, remanded and sentenced to serve jail time for nothing but writing? I could not accept such an injustice, and so I took to the streets, placard in hand, and joined a movement to demand their just treatment. I wrote for days demanding their release. It was back then when radical Muslims first targeted me. I fought relentlessly for my friend Subrata Adhikari Shuvo, who writes on the blogs mukto-mona.com, amarblog.com andamrabondhu.com using his own name, "Shubrata Shuvo."

I have always been very outspoken about the denied rights of wrongfully imprisoned bloggers like him and strived to find lawyers for him, face the media, raise awareness among people and keep his parents safe. The highly popular Bangladeshi newspaper Kaler Kantho wrote a report on me back then, in which they published details about my activism.

S hortly after that, a fundamentalist Islamist group by the name of Hefazothe Islam held a rally where they branded me as an infidel and held a precession to demand my punishment. But that did not stop me, and after my friend Subhrata got released on bail, we both began working for the rights of persecuted bloggers. For this reason, the fundamentalists often send us death threats online. Farabi Shafiur Rahman, a member of one of the groups suspected of carrying out the murder of Avijit Roy, issued a fatwa against me, where he stated that I ought to be slaughtered. He wrote this on his Facebook, "Foring Camelia should be murdered by having her throat slit," and also wrote numerous provocative posts about Shubhrata, with the aim of inciting his murder. We try not to be frightened by these and keep our project running. But after the murders of Avijit Roy on February 26 and that of Washiqur Rahman Babu on March 31, we started receiving numerous death threats on our personal Facebook profiles. They are always keeping their eyes on us. The have declared that they will execute us as soon as they get the opportunity.

Justice for the murders of Avijit Roy and Washiqur Rahman is far from a reality, as the authorities have failed to even identify the perpetrators in the last month and a half. It is becoming rather evident from their lack of urgency about the investigations that they are not too keen on providing justice.

For this reason, we cannot rely on assistance form law enforcement. Our lives are in danger. We are desperately looking for a way to escape from this vicious fundamentalist Islamist group with our lives.

This frightening experience is not unique to us. Anyone who protested the attacks on Avijit Roy and his wife and demanded justice for them is now consumed with fear. Many have stopped writing. The extremists groups have been spreading their propaganda for a while now, and they have succeeded in planting the inaccurate notion that freethinkers are the most dangerous elements of society who seek to destroy religion, in the minds of the ordinary Muslims. The phenomenon is not unlike the atrocious witch-hunts, which took place from the 14th century to the 17th century. At that time, around 6 million people, mostly women, were accused of practicing witchcraft, and executed by being burned alive, according to Maria Mies's book, Patriarchy and Accumulation on a World Scale. Most of those who were accused of being witches were rich in wisdom and knowledge about the science of logic and rationalism. They were ardent protestors of lawlessness and disorder in the society.

One must wonder why the ordinary people allowed the murder of such a large number of innocent women to occur. The reason was that the perpetrators of the executions convinced the people that these women were not humans but witches. They preached that the women are possessed by the devil and that they are dangerous to society. The ordinary people of that time were ignorant and scared of the supernatural and so fell into the trap set out by these murderers, and mass hysteria ensued.

The general public in Bangladesh has adopted a role of inaction regarding the issues of the murder and the persecution of bloggers. They are confused because many of them do not understand what blogging means. The extremists saw this as an opportunity and seized it. They selectively killed bloggers whose views were controversial, and who gave precedence to the topic of religion in their writings. They are doing this to spread misconceptions among the ordinary people. They are using religion as a tool to silence the voices of protest. Moments after a blogger is killed, the extremists distribute some of the most disputed articles written by the slain blogger among the people. They use these articles to justify the murders to the people and also to spread a highly skewed view of what the blogger wrote about. But if the ordinary people read all of the blogs written by them, they would see that the blogger addressed various other issues in their blogs as well. They would realize that the murder was an extremely tragic and unjustifiable crime and that they need speak out against it.

"Why are they hunting bloggers?" one might ask. The bloggers are targeted because they have become the loudest voice for the people of the country. They freely discuss a wide variety of topics and offer critiques. They blatantly point out the nation's mistakes. They promote conversations that bring to light various issues that need to be addressed. This poses a dire threat to these extremist groups. They wish to keep the people uninformed so that they may pull the strings and control the nation. They need to protect their lies and hypocrisies from exposure. They also know that the bloggers are harmless and make easy targets, because the only way they can retaliate is with words.

Since none of the murderers have so far been brought to justice, they are now fearless and going to carry on. They have achieved their goal of silencing their critiques by threatening them with death.

The situation now is beyond anybody's control. These groups of extremists have gotten so powerful that they are murdering people in broad daylight and getting away with it, and nobody is capable or willing to resist them.

Article has been translated from Bangla to English by Riasat Ahsan