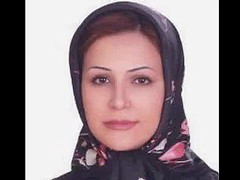 A young woman named Neda Soltan is being embraced as a martyr in Iran after a video of her purported killing at a protest Saturday was posted widely to YouTube and Facebook.
Source: Fox News

Protesters in Iran are hailing 26-year-old Neda Soltan as a martyr after graphic videos of her apparent murder at a protest in Tehran hit the Internet. Iran experts say images of her bloody death have galvanized the country and that mourning for her - which has been banned by authorities - will bring deeper unrest.

"Neda," whose identity could not be verified by FOXNews.com, was reportedly gunned down by paramilitary police Saturday during protests in the capital city. Videos posted on YouTube, Facebook and Twitter show her bleeding from the nose and mouth as a crowd tries unsuccessfully to stanch the flow and save her life. The video also shows a moving clip of a man identified as her professor cradling her head and yelling out, "Neda, don't be afraid. Neda, stay with me. Neda stay with me!"

Reports of how she was killed vary - from a rooftop sniper's bullet to a passing shot by two Basij militiamen on a motorcycle - but the effect has been nearly universal. In the space of just hours, the philosophy student became the image of Iran's democratic protests, nicknamed the "Angel of Freedom." But it is Neda's real name, which means "voice" or "calling" in Farsi, that is resonating in slogans throughout Iran's capital and beyond.

Her fiance said in an interview with BBC Persian that she had not supported any candidate in the allegedly fraudulent elections. Neda wanted "freedom for all," he said.

Mehdi Khalaji, a senior fellow at the Washington Institute for Near Eastern Affairs, told FOXNews.com that Neda has become "one of the pillars of this movement now," and the bloody images of her dying in the street are its "main icons and symbols."

Her family scheduled a memorial service to be held in a mosque in northern Tehran, but the government forbade ceremony, and she was buried quietly on Sunday with only her family present, say Soona Samsami, executive director of the Women's Freedom Forum, who has been relaying information about protests inside Iran to international media.

All mosques were given a direct order from the government barring them from holding any memorial services for Neda, and her family was threatened with grave consequences if anyone gathered to mourn her, said Samsami.

"They were threatened that if people wanted to gather there the family would be charged and punished," Samsami told FOXnews.com. Much of the attention and blame for Neda's apparent murder is now being focused on Iran's leader, Ayatollah Ali Khamenei, whose threatening speech Friday preceded the violent protests Saturday at which apparently Neda lost her life. Khamenei is now the prime target for protesters' outrage, Khalaji said. "For the first time since the election it seems that people are including in their slogans 'Down with Khamenei,' and 'Death to Khamenei,'" he told FOXNews.com.

Protesters have reportedly been attempting to gather in public Monday to remember Neda but have been broken up by the government. Despite the outright ban on their gathering, Iran experts say the government will not long be able to stop public mourning for Neda.

Protesters have used Shiite mourning as a reason to gather, beginning this year after early protests against election returns left seven dead. Adhering to Islamic tradition of mourning on certain days of the month, protesters have repeatedly gathered again, drawing the ire and the fire of the Revolutionary Guard and creating further opportunities for protest.

Now reformist presidential candidate Mehdi Karroubi, one of the leaders of the democratic protests in Tehran, has called for a Thursday night memorial service for all protesters who have been killed to be held at the shrine of Ayatollah Ruhollah Khomeini, the founder of the Islamic Republic of Iran.

"Should the masses come it is going to be very devastating because they will be facing those who they believe to be her murderers in the face," said Ali Salehi, a research analyst at UCLA.

Whether or not there is a violent crackdown at Thursday night's memorial, the Islamic underpinnings of the regime are more and more being called into question by Iranians, said Salehi, particularly after the ban on mourning Neda, which contradicts Islamic law, he said.

"Not only is that not right, but according to Islamic tradition it is immoral and improper, so they are essentially breaking one of their own laws out of fear."