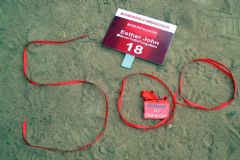 Relatives of over 200 Nigerian schoolgirls kidnapped by Boko Haram militants marked 500 days on Thursday since the abductions, with hope dwindling for their rescue despite a renewed push to end the insurgency (AFP)

Relatives of over 200 Nigerian schoolgirls kidnapped by Boko Haram marked 500 days since their abduction Thursday, with hope of their rescue dwindling despite fresh efforts to end the insurgency.

The date was marked as the security situation deteriorated in northeastern Nigeria, where Islamists have stepped up deadly attacks since the inauguration of President Muhammadu Buhari, killing more than 1,000 people in three months.

Boko Haram fighters stormed the Government Secondary School in the remote town of Chibok in Borno state on the evening of April 14 last year, seizing 276 girls who were preparing for end-of-year exams.

Fifty-seven escaped but nothing has been heard of the 219 others since May last year, when about 100 of them appeared in a Boko Haram video, dressed in Muslim attire and reciting the Koran.

Boko Haram leader Abubakar Shekau has since said they have all converted to Islam and been "married off".

The Bring Back Our Girls social media and protest campaign staged a youth march in Abuja to mark the date.

Dozens of young campaigners known as the "Chibok Girls Ambassadors" walked through the streets of the capital dressed in their signature red t-shirts, many with red ribbons tied to their hair and around their heads.

Waving placards with the names of the missing and banners with their pictures, they marched through the streets accompanied by prominent clerics and other well-wishers. "My heart bleeds for the children. I feel terribly ashamed," said Abuja's Catholic archbishop John Onaiyekan, dressed in his red cardinal's robes.

"I feel ashamed that about 300 girls should disappear just like that."

Sheikh Nura Khalid, chief imam of the capital's Apo Mosque said he would challenge all fellow Muslim clerics to "use our pulpits to be preaching for the freedom of the Chibok girls".

An evening candle-lit vigil at the city's Unity Fountain was attended by around 50 of the campaigners.

The mass abduction brought the brutality of the Islamist insurgency to the world stage, prompting a widespread social media campaign demanding their release which was backed by a string of high-profile personalities including US First Lady Michelle Obama and the actress Angelina Jolie.

Nigeria's government was criticised for its initial response to the crisis and Western powers, including the US, have offered logistical and military support to Nigeria's rescue effort, but there have been few signs of progress.

The military says it knows where the girls are but has ruled out a rescue effort because of the danger to their lives.

Boko Haram, which is blamed for killing more than 15,000 people and forcing 1.5 million out of their homes over the past six years, has rampaged across Borno since Buhari came to power on May 29, vowing to crush the insurgency.

The fresh violence has been a setback for a four-country offensive which started in February and had chalked up a number of victories against the jihadists.

In an April report, Amnesty International quoted a senior military officer as saying the girls were being held at various Boko Haram camps, including in Cameroon and possibly Chad.

The Chibok abduction was one of 38 documented by the London-based rights group since the beginning of 2014, with women and girls who escaped saying they were subject to forced labour and marriage, as well as rape.

Fulan Nasrullah, a respected Nigerian security analyst and blogger who claims specialist knowledge of the inner workings of Boko Haram, told AFP there was "no hope" of ever recovering most of the Chibok girls.

"Most have had kids by now and are married to their captors. Many have been sold into the global sex trade and are probably prostituting in Sudan, Dubai, Cairo and other far flung places," he said, adding that some had likely been killed while trying to escape.