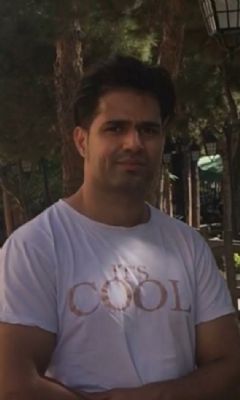 Outrage over ‘killing’ of Iranian Dervish prisoner of conscience

Iranian human rights activists and journalists said on Tuesday that the Islamic Republic killed a Dervish prisoner of conscience after he was forcibly sent to a psychiatric clinic that disrupted his medical treatment.

Video footage reviewed by The Jerusalem Post showed the mother of Ebrahim Ketabdar, who was murdered during the 2019 massacre of Iranian protestors, stating: "Today, these murderers killed Behnam Mahjoubi. When I went to court they said: 'We did a good thing by killing your son.'"

Ebrahim Ketabdar was a bystander during the demonstrations against regime economic and political corruption.

Iran's clerical regime arrested Mahjoubi along with more than 300 Dervish community members for his involvement in protests against the regime in 2018.

The mother of Pouya Bakhtiari, a 27-year-old electrical engineer who was shot dead at a 2019 protest against rising fuel prices, told the Persian language service of Voice of America that she heard that Mahjoubi's condition is grave.

Amnesty International tweeted "The events leading to the critical condition of prisoner of conscience Behnam Mahjoubi in the hospital must be criminally investigated. He suffered months of torture which included willful denial of medical care. All officials and prison doctors are responsible for these cruel acts must face justice."

Iranian-American Lawdan Bazargan wrote on Twitter: "Islamic Regime of #Iran killed another political prisoner, #BehnamMahjoubi by denying him medical treatment in prison for his Epilepsy. IRI impunity for #CrimesAgainstHumanity in the past 42 years has emboldened the regime."

The National Union for Democracy in Iran urged the US Secretary of State Antony Blinken to condemn Iran's regime for the alleged murder of Mahjoubi.

The prominent women's rights campaigner and journalist Masih Alinejad tweeted "You don't hear any of these words from grieving mothers in international media or regime's lobbies. As the Islamic Republic of Iran drugged to death the political prisoner #BehnamMahjoubi, mothers of other children killed by the regime have shown solidarity with Behnam's mother." Her tweet contained the video footage of Mahjoubi's mother.

According to an October US government news outlet Voice of America report, Mahjoubi is a member of "Iran's Gonabadi Dervish religious minority. Members of the Sufi Muslim religious sect long have complained of harassment by Iran's Shiite Islamist rulers, who view them as heretics."

Allah Bakhshi, a former political prisoner and member of Iran's Dervish religious minority community, said in October that "Behman's life is in danger. Let's be his voice."