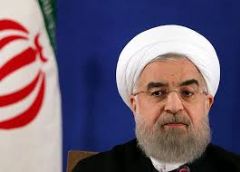 Iranian authorities have escalated their persecution of the Baha'i community, targeting at least 77 individuals across the country in recent weeks, despite a potential second wave of coronavirus infections hitting the country, according to a global organisation representing the faith.

At least 77 Baha'is across eight Iranian provinces have been arrested, summoned to court, tried, sentenced and imprisoned in the last month "under baseless accusations and for no reason other than a deep-seated antagonism to the Baha'i Faith", the Baha'i International Community (BIC) said.

The Baha'i faith, which was originally founded in Iran, is seen as heretical by the Islamic Republic. Baha'i shops and cemeteries have been vandalised and some of its followers blocked from universities and jobs.

"Bahai's are used to persecution, however, this is almost unprecedented numbers in the matter of a month," Bani Dugal, Principal Representative to the United Nations for the BIC, told the Telegraph.

While dozens of religious and political groups have been hurt by the Islamic Republic's 41-year rule of Iran, the Baha'is are widely considered to be one of the most persecuted as they are not officially recognised as a religious minority.

Dozens of Baha'is were killed or jailed in the years immediately following the Islamic revolution in 1979. Billions of dollars worth of land, houses, shops were seized in the following years by various Iranian organizations, including Setad, the organisation overseen by Iran's Supreme Leader, Ayatollah Ali Khamenei.

"In March, 20 Baha'is were released in the wake of coronavirus," said Ms Dugal. "We wanted all of them released as they are there purely for political reasons.

"Now they're resummoning a number of people to return to prison despite the situation not improving in terms of the virus. There's absolutely no justification for these arrests - it's just another means of harassing the Bahai's."

New infections in the Islamic Republic averaged at more than 3,000 a day in the first week of June.

"When they are summoned they have to travel on public transportation, which is subjecting them to greater risk," she added.

The prospect of imprisonments is prompting health concerns from the group as Iran is facing a severe uptick in coronavirus infections. According to Ms Dugal, some of those who have been sentenced are elderly and at great risk if imprisoned.

Iran has also recently ramped up a public defamation campaign, according to the group, with an "increasingly coordinated spread of disinformation about their beliefs" across state media.