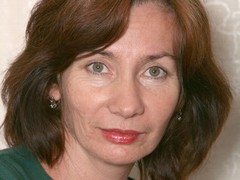 Witnesses Say Natalya Estemirova Was Abducted From Her Home

A recognized Chechen human rights activist was found dead this afternoon hours after witnesses said she was abducted from her home.

The body of Natalya Estemirova, a 50-year-old single mother, was discovered this afternoon in the woods of neighboring republic Ingushetia, shot twice in the head, the Ingush Interior Ministry confirmed Tuesday.

This morning, four men confronted her as she left her home in the Chechen capital Grozny, forced her into a car and drove away, according to work colleagues who spoke to witnesses. Estemirova had won international recognition for her human rights work at a nonprofit organization, Memorial, uncovering abuses by the Chechen regime. "She was known for her fearlessness in exposing human rights violations and for demanding that perpetrators be held accountable," said the U.S. group Human Rights Watch in a statement on their Web site Tuesday.

Estemirova had worked closely with the organization, which named her a "top human rights defender" in 2007. The chairman of Memorial, Oleg Orlov, told the AP that witnesses heard her yelling that she was being abducted as she left her house at around 8:30 a.m. local time. Her body was found at 5:30 p.m. near the city of Nazran, according to the Ingush Interior Ministry.

Orlov said that the Chechen authorities had been highly critical of Estemirova's work, which spanned more than a decade and focused on kidnappings, torture and killings in Chechnya. The country has one of the most repressive political regimes in the world, according to Freedom House, a nonprofit group based in Washington, D.C. The group condemned Estemirova's killing and called on the Russian government to bring her murderers to justice.

Estemirova was close with journalist Anna Politkovskaya, who herself was murdered in 2006 after regularly criticizing Russia's handling of the conflict in the North Caucasus. Estemirova had also worked with Politskovskaya's lawyer, human rights activist Stanislav Markelov. Markelov was shot and killed in Moscow in January. No suspects have been arrested in those killings, and friends of Estemirova's say they do not expect her murder will be solved, either. "I have no illusions that there will be a trial to find those who are guilty," friend and Memorial board member Alexander Cherkasov told ABC News.

Estemirova was a history teacher before coming to work for Memorial in 2000. She had received a number of international awards for her work, including one named for Politkovskaya. "Natalia fought for justice all her life and the best way to honor her would be to find her killers and put them on trial," said Kenneth Roth, executive director of Human Rights Watch.

Tuesday, investigators in Ingushetia said they believe Estemirova was likely killed as a result of her human rights work, or because of an issue in her personal life. A spokeswoman for Russian President Dmitry Medvedev said he was aware of Estemirova's death. "It is evident that this deliberate murder could be related to Natalia Estemirova's human rights activities."