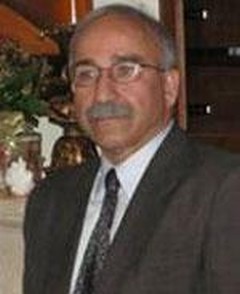 Ali Shakeri has been held in solitary confinement in an Iranian prison since he was arrested May 8 in the Tehran airport.
Source: Center for Citizen Peacebuilding (CCPB) at the University of California, Irvine (UCI)

"The son of an Iranian American peace activist from Lake Forest who has been imprisoned in Iran for more than four months broke his family's silence Friday, asking Iranian authorities to release his father.

"It's now been 130 days that he's been imprisoned, and we don't even know why, to this day," said Kaveh Shakeri, the 27-year-old son of Ali Shakeri. His father was one of four Iranian American dual citizens detained in Iran for what the country said were national security reasons. Two have been released.

"Whatever security-related charges they have him on are mistaken, and they should've realized that by now," Kaveh Shakeri said.

Ali Shakeri, 59, a Lake Forest mortgage broker and a founding board member of the Center for Citizen Peacebuilding at UC Irvine, has been held in solitary confinement in prison since he was arrested May 8 in the Tehran airport.

The Shakeri family has quietly been working to free him and has hired a lawyer in Tehran. But family members have said little publicly for fear of compromising his chances of being released.

Shakeri said the family's lawyer has not been given access to documents related to his father's case, and that authorities have given no reason for detaining his father or elaborated on what charges he faces.

"We've listened to what [Iranian authorities] had to say," Shakeri said. "They told us they're investigating, they told us not to be vocal, they told us just to sit and wait. . . . We've sat here remaining silent, and nothing has come of it." ...

The last time they heard from Ali Shakeri was Aug. 24, when he called for less than two minutes and sounded "very depressed," his son said...

The two detainees who were freed -- Haleh Esfandiari, director of the Middle East Program of the Woodrow Wilson International Center for Scholars, and Parnaz Azima, a reporter for Radio Farda, a U.S.-financed station based in Europe -- were allowed to return to the United States last week.

The fourth detainee, Kian Tajbakhsh, an urban planner with ties to the Open Society Institute financed by George Soros, has also been held since May.

Shakeri is known in the Southern California Iranian American community as a political moderate who promoted peace and communication as a path to reform in Iran. He was working on a book about building common ground between Iran and the West, his son said.

Unlike the other detainees, he was not a nationally known figure before his arrest.

"He is a peace-builder and would absolutely not do anything to put Iranians or Iran in jeopardy," said John Graham, co-director of the Center for Citizen Peacebuilding at UC Irvine. "We've been encouraged by the release of the others and hope that Ali's will follow quickly.""