U.N. Inaction on Uruguay
All Actions of the UN Human Rights System Critical of Specific States, 2016 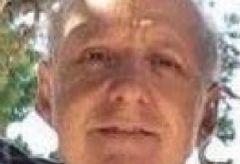 A Uruguayan businessman was stabbed to death in the city of Paysandu near the Argentine border late on Tuesday, an attack characterized as anti-Semitic by the country's main Jewish organization.

The suspect in the killing of David Fremd, 54, was identified as a 35-year-old elementary school teacher, who was arrested and remained in custody on Wednesday. Fremd's son witnessed the attack and upon coming to his father's aid, he too was stabbed, though his wounds were not considered serious.

The head of the Central Israelite Committee of Uruguay (CCIU), an umbrella group for the country's Jewish community, told Reuters that the attacker admitted to police that the stabbing was motivated by religion.

"The information I have is that the attacker told the police that he had converted to Islam and that Allah had asked him to kill a Jew," CCIU chief Sergio Gorzy said. He could not confirm witness accounts carried in the media that the suspect yelled "Allahu akbar," or "God is greatest," before the knifing.

The CCIU issued a statement condemning the attack and asking the interior ministry to investigate. "The characteristics of the homicide lead us to presume this was an anti-Semitic attack," the statement said.

The suspect appeared to have been acting on his own when he stabbed Fremd, who served as a director of Paysandu Jewish Community, the statement said.

After conducting a search of the suspect's house, police found material linking him to radical Islamic activities, as well computer games through which he "practiced killing Jews." The suspect told investigators, "I hate Jews, my religion told me to do it."

B'nai B'rith International, of which Fremd was a member, condemned the stabbing and expressed condolences to Fremd's family. "Anti-Semitic hatred is unacceptable in a democratic nation," a B'nai B'rith statement said.