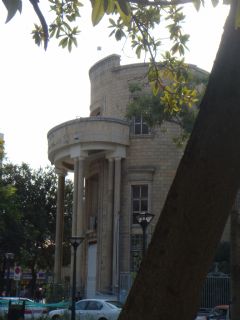 Iran said on May 13 that it has sentenced an Iranian citizen who works for the British Council to 10 years in prison on charges of "spying."

Gholamhossein Esmaili, a judiciary spokesman, did not name the person who was sentenced but said the person was in charge of the British Council's Iran desk.

Esmaili said the suspect had made "clear confessions" about "cooperating with British intelligence agencies, and had been held by authorities in Iran for more than a year.

In March 2018, a London-based British council employee named Aras Amiri was arrested in Iran while visiting her ailing grandmother in her home country.

Relatives said Amiri initially was accused of colluding and acting against Iran's national security. That is a vague charge often used by Iran's intelligence services against activists, journalists, and other Iranians arrested for political reasons.

Before her arrest, the 33-year-old Amiri had been living in London for 10 years -- and had worked on cultural exchanges between Britain and Iran that included cooperation with Iran's Ministry of Culture.

Iran has a history of hostility towards the British Council -- which is Britain's cultural agency overseas.

In 2009, Iran closed the British Council offices in Tehran in response to the launch in London of the BBC's Persian service.

Authorities in Iran have previously arrested local staff working for the British Embassy in Iran.