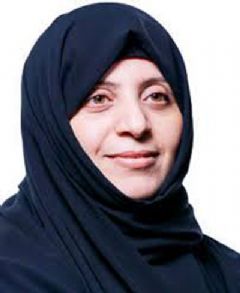 Sameera Salih Ali al-Nuaimy, an Iraqi lawyer known for her work on women's rights, was publicly executed by ISIS on September 25, 2014

The Killing of Muslim Lawyers: An Unrecognized Problem

Last month a Taliban faction took responsibility for killing Samiullah Afridi, the lawyer who represented the doctor who assisted the CIA in locating Osama Bin Laden. In 2009, West Point's Combating Terrorism Center published a report showing that al-Qaeda kills eight times more Muslims than non-Muslims. As a preponderance of terrorist attacks and related violence in the last decade have taken place in Iraq, Pakistan, Afghanistan, Syria, and Somalia, it stands to reason that Muslims are the primary victims of these attacks.

Unreported however is the systematic targeting and killing of Muslim lawyers and lawmakers in Muslim countries for their work on behalf of human rights and democratic values.

In 2014, Mohamed Mohamud Heyd was killed in Somalia; Salwa Bugaighis in Libya, and, Samira al-Nuaimy killed by Islamic State. In Pakistan, Waqar-ul-Hasan was killed in April, Rashid Rehman in May, and Gihulam Haider in October. This list is not exhaustive.

On August 16, 2006 the IRIN news agency reported that "Since October 2005, 38 lawyers have been murdered and hundreds attacked for defending cases which their enemies say are 'against Islam,' according to the Iraqi Lawyers Association." Two weeks before, Salah Abdel-Kader, who handled honor killing and custody battle cases was shot dead in his office. According to IRIN, a note was found near his body stating: "This is the price to pay for those who do not follow Islamic laws and defend what is dreadful and dirty."

IRIN quoted Safa'a Farouk, a lawyer and spokesperson for the ILA who had received six threats since February: "Most lawyers in Iraq today are worried about taking on such cases because they have to evaluate how much they will affect their safety." IRIN also quoted Qusay Ahmed, a member of the ILA: "Since January, at least 120 lawyers have left Iraq to Jordan, Syria, the United Arab Emirates and other countries, frightened by the constant threats. And since the U.S.-led invasion in 2003, hundreds of others have already left."

On September 25, 2014, ISIS publicly executed, by a masked firing squad, Sameera Salih Ali al-Nuaimy an Iraqi lawyer well known for her work on women's rights after several days of torture because of her Facebook posts critical of ISIS, including one referring to the "barbaric bombing and destroying of mosques and shrines in Mosul." Her execution was condemned by the UN's High Commissioner for Human Rights and its Special Representative of the Secretary-General for Iraq.

Pakistan's International News reported on December 31, 2011, that 20 lawyers were killed in Pakistan during the year; on April 31, 2014, the paper reported that 41 lawyers had been killed since its first lawyer, Iqbal Rind, was killed in 2000. On April 13, 2014, the Karachi Bar Association passed a resolution demanding that the government ease gun licensing procedures for lawyers. On May 3, Pakistani lawyers boycotted the courts after the third lawyer in five weeks was killed.

Salwa Bugaighis, assassinated in her home by unknown assailants on June 25, 2014, was a prominent Libyan human rights lawyer, known for defending political prisoners during the Gaddafi regime and was a founder member of Libya's National Transitional Council, its first governing body after the fall of Gaddafi. Her death prompted a statement by Samantha Power.

Rashid Rehman, an official with the Human Rights Commission of Pakistan and a lawyer defending a university professor accused of blasphemy, was shot dead in his office on May 7, 2014. On April 10, The Human Rights Commission of Pakistan issued a statement expressing its concern that during a hearing in the case three people present in the courtroom stated to Mr. Rehman "You will not come to court next time because you will not exist any more." The statement added that "judge is reported to have remained silent."

Al-Shabaab took responsibility for the July 3, 2014 killing of Mohamed Mohamud Heyd a Somali lawmaker. On February 9, 2015, Reuters reported that al-Shabaab killed the sixth Somali lawmaker since the start of 2014 and quoted al-Shabaab's military spokesman Sheikh Abdiasis Abu Musab: "We killed (the) lawmaker. We shall continue killing them one by one."

Killing Muslims lawyers who defend human rights and promote democratic values draws the societies they are from further away from achieving these goals.