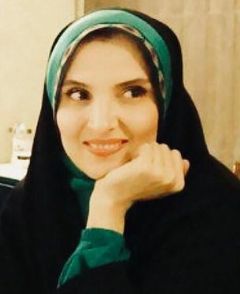 Iranian rights activist Hengameh Shahidi, 43, has been in jail since June after months at large during which she was active on social media

Women’s rights activist is jailed for 12 years in Iran

An Iranian women's rights activist and journalist has been sentenced to 12 years and nine months in jail on 'undisclosed' charges.

'Given the confidentiality of the proceedings and the security nature of the case, I cannot disclose details about the court's verdict,' Shahidi's lawyer Mostafa Turk Hamedani told the official government news agency IRNA.

Shahidi, 43, has been in jail since June after months at large during which she was active on social media.

The outspoken journalist has served many short prison terms, the first following the controversial 2009 president election that led to the re-election of former hard-line President Mahmoud Ahmadinejad.

Since then, Iran has detained numerous journalist and activists over security charges including lawyer Nasrin Sotoudeh, 55.

Her imprisonment came after she took on the cases of dozens of women who had been arrested for standing in public areas without their headscarves, which has been mandatory in Iran since the Islamic revolution of 1979.

Among the women she represented were a 31-year-old woman who became known as The Girl In Enghelab Street after she took off her head scarf and held it in the air while standing on a pillar box in central Tehran in December.

The Girl In Enghelab Street was hailed as a hero after her arrest and became an icon for the anti-hijab movement, inspiring similar protests across the country.

In 2012, Ms Sotoudeh won the European Parliament's prestigious Sakharov human rights award for her work on high-profile cases, including those of convicts on death row for offences committed as minors.

She spent three years in prison between 2010 and 2013 for 'actions against national security' and spreading 'propaganda against the system' and remains banned from representing political cases or leaving Iran until 2022.

Sotoudeh has defended journalists and activists including Nobel Peace laureate Shirin Ebadi and several dissidents arrested during mass protests in 2009 against the disputed re-election of hardline president Mahmoud Ahmadinejad.

She had recently spoken out against a new criminal code that allowed only a small number of lawyers to represent individuals charged with state security offences -- just 20 for the whole of the capital Tehran for instance.