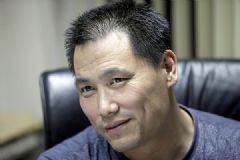 One of China's best known and most outspoken human rights lawyers was formally charged Friday, effectively putting an end to his legal career and planting another milestone in the government's relentless crackdown on free expression.

Pu Zhiqiang, who has been in police custody for the past year, was charged with inciting racial hatred and "picking quarrels and provoking trouble" in a series of social media posts. His conviction is a foregone conclusion, legal experts here say, and he could face up to 10 years in jail. Lawyers in China are disbarred if they are convicted of a criminal offense.

Mr. Pu has been at the forefront of campaigns for political and legal reform since he took part in the Tiananmen Square protests in 1989. He defended dissident artist Ai Weiwei and Tibetan environmentalist Karma Sandrup and helped lead a successful campaign to abolish China's network of extra-judicial labor camps.

He was also one of the first people to publicly criticize former government security tsar Zhou Yongkang, now awaiting trial on corruption charges.

His indictment "is part of a broader pattern of cracking down on lawyers, civil society activists, or anyone who uses law, human rights, or free expression to challenge the social and political order in China," says Joshua Rosenzweig, a Hong Kong-based human rights activist.

Since President Xi Jinping took office in 2012, nearly 2,000 human rights and other political activists have been detained, according to China Human Rights Defenders, a watchdog that monitors the fate of activists in China. About half of them were arrested last year, in a significant tightening of the official screw.

The charges against Pu appear to be based exclusively on about 30 comments that he posted on his Weibo social media account, some of them barbed, some merely raising questions about government behavior.

"Picking quarrels and provoking trouble" is a catch-all charge the police are increasingly using to lock up critics of the ruling Communist party. The separate charge of inciting racial hatred laid against Pu appears linked to his critical comments on government policy in Tibet and the predominantly Muslim western province of Xinjiang.

Pu was detained in early May last year along with four friends who had met at a private home to commemorate the 25th anniversary of the violent suppression of the Tiananmen protests in Beijing, in which hundreds of people were killed by army troops.

His lengthy detention, repeatedly extended by the courts, had suggested that prosecutors were not convinced by the evidence the police had presented to support their charges. Two accusations against him â of improperly obtaining personal information and provoking a serious disturbance â were later dropped.

But under Chinese law, Pu could not have been held beyond next week unless he was formally indicted. "They ran out of time," says Mr. Rosenzweig. "They had to indict him or release him."