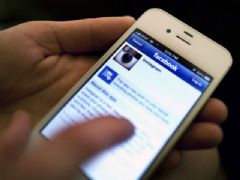 An Egyptian man was convicted and sentenced Tuesday to six years in prison along with a fine of $840 dollars for violating Egypt's blasphemy laws, which make illegal any criticism of the Islamic religion.

The International Christian Concern (ICC) reported that Kerolos Shawky, a Christian man living in southern Egypt, was initially accused of violating the Islamic blasphemy laws in article 98 of the Egyptian penal code, which prohibits "ridiculing or insulting heavenly religions or inciting sectarian strife", but as the ICC notes, the law is almost always used to go after religious minorities.

Kerolos' lawyer said, "Kerolos didn't intend to insult the Islamic religion, only he made a like on the page of Knights of the Cross on Facebook. He doesn't have much experience in the internet plus he suffers from poor eyesight. So there was not any intention for the contempt or blasphemy of Islam."

A Researcher for the Institute for Middle East Policy said violent acts unfolded which seemed to be directly related to the ongoing trial. "Shortly before the man's trial was set to take place, Christian-owned property in the same village was set ablaze in what appears to be a related attack," he said.

The ICC pointed out that Kerolos' conviction is the third of its kind since Abdel Fatah El-Sisi took control of Egypt.